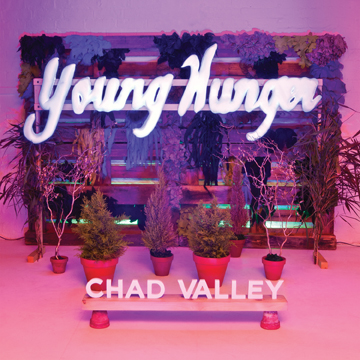 “I like to think that the scenery had something to do with the way this sounds” Hugo Manual, a.k.a. Chad Valley explained to Rolling Stone in a recent interview. Much of his debut LP, Young Hunger, was recorded in the beautiful Norwegian countryside, and it’s easy to hear that crystalline imagery permeate the album’s 11 tracks. Additionally, Manuel touts an impressive list of collaborators to help him with his 80’s-indebted dance pop, including Twin Shadow, Active Child, El Perro Del Mar, and Glasser.

Even among this strong supporting cast, it’s Manuel’s booming falsetto that stays center stage. His croon at the beginning of “Tell All Your Friends” sounds like it was shouted from atop GaldhÃ¸ Peak. He sings, “Tell all your friends, tell everyone/ all that I can think of is you” in what has to be one of the most blatantly joyous dance tracks of the year. Similarly, “My Girl,” is so head-in-the-clouds bubbly, that if you gave it to someone like Katy Perry it would probably end up a Top 40 smash.

The album’s latter half is dominated by tracks that offer a slower, yet no less exhilarating release. “Up and Down”, which has actually been bouncing around the internet since 2010, takes a minute and a half to build – its computerized snare gradually pumping more air into a whirlwind of synths and auto-tuned harmonies. Even the mildly cheesy beat that kicks off the album’s title track goes from Miami Vice to M83 in under five minutes, climaxing into a cheese-free electro cacophony.

With Young Hunger, Manuel has carved out an album that hardly gives you a chance to wipe the smile off your face — or pull yourself from the dance floor.

Essential Tracks: “Up and Down,” “Tell All Your Friends,” “I Owe You This”