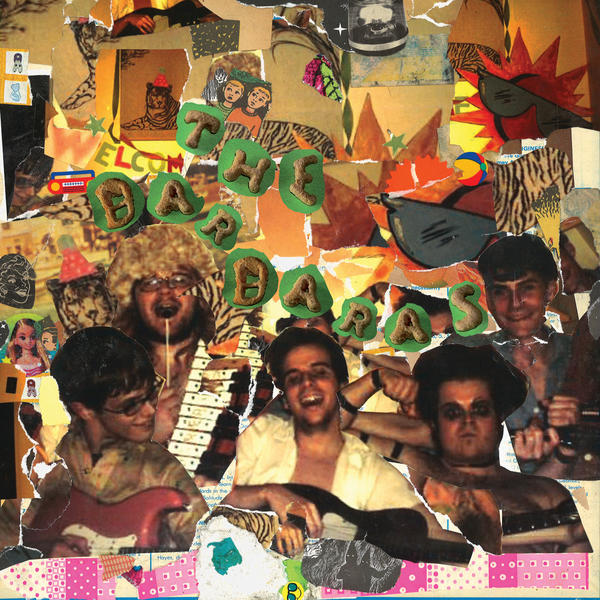 Somewhere in Memphis, unbeknownst to the world, a digital recorder with a set of beautiful pop songs collected dust for about four years. The band that recorded those tracks, The Barbaras, had split up and moved on to their individual projects: Magic Kids and the backing band of Wavves, respectively. They had assumed the songs were erased, tossed out, or destroyed. Why? Because Jay Reatard said so.

Apparently, sometime around 2007, Billy Hayes and Stephen Pope were considering quitting Jay’s band. There are many wonderful things to say about Jay Reatard as a musician, but as a person, he could be abusive and volatile, as Hayes and Pope told Interview. Presumably, there was only one major thing that kept them from abandoning him to pursue their own projects: the Barbaras tapes, which Jay had been working on with the band.

There was never one long, dedicated period where Reatard focused on the Barbaras’ tapes — he’d record them at his house during the downtime between his exhaustive touring schedule. Apparently, he recorded Hayes and Pope separately at different intervals throughout the year. When he realized the two were on their way out, he worked on the Barbaras records more slowly to ensure they’d stay in his band. They didn’t. They quit, Reatard said the tapes were erased, and everybody moved on.

Fast forward to last year, when the people at Goner Records and Alicja Trout found the Barbaras tapes in Jay’s digital recorder. Apparently, he lied. And thank god, because the Barbaras’ 2006-2008 recordings are diamonds in the rough. After unearthing some other tapes, filling out the material with some additional recording from the band and Alicja Trout, and some heavy lifting from engineer Jason Ward, they pieced together an album. 2006-2008 got a proper release on Goner near the end of October, and along with Jay’s albums and piles of singles, this compilation is an amazing time capsule of Memphis pop music from the last decade.

But even if that doesn’t translate to the record, one thing is increasingly clear: They were veritable hit machines. “Topsy Turvy Magic” is an easy highlight, with its bubblegum chorus and generally sunny disposition. Perhaps the best surprise is an early version of Magic Kids’ single “Superball”, which completely wipes the floor with the rendition that appeared on the band’s 2010 album. In lieu of the twee, ultra-slick, orchestral production of the Memphis cut, the Barbaras’ version strips it back to more basic elements: jangling guitars and a heavy drum backbone.

And for all the bubblegum pop to swoon over, there’s still some prominent bite. “Devour the Jungle Deer” has yelping monster vocals, which occasionally deliver a pretty melody, but mainly bark in a tone to match the song’s title. There’s also something scarily maniacal about the way they sing the words “fingers go knuckle deep into your mind” in  “Grief Touches Everyone”. But regardless of bite, the band primarily explored a similar cross-section between lighthearted and New Zealand pop, the latter of which is prominently featured on Reatard’s final album Watch Me Fall.

The album ends on a song called “Annual Botanical”, which has a sort of pastoral Ray Davies feel to the songwriting. But the Barbaras transition from xylophones and soft acoustic guitars into muscular, bashing drums. Yes, there’s something tender about their melodies and cooing “ahhs,” which you can hear beneath the barrage of their instruments. It’s a fitting duality for the Barbaras: One part manic, the other sweet. Twee on one hand, Blood Visions thrashing on the other. The Barbaras are gone, but with this document, it’s easy to hope that they’ll rise again.