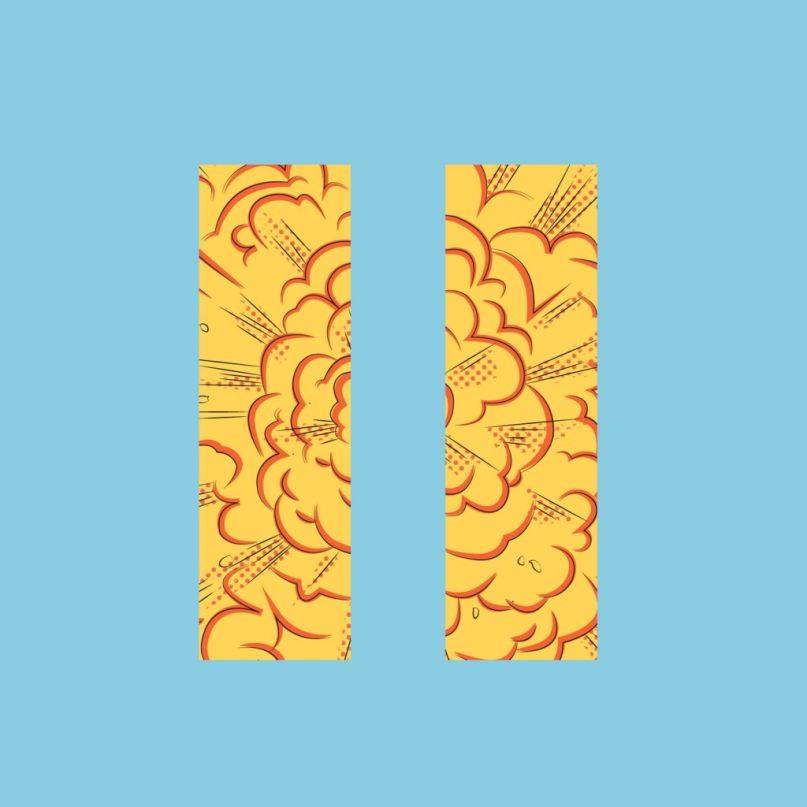 Anyone who stayed until the conclusion of Amon Tobin’s recent ISAM Live Tour witnessed the intensity with which the Brazilian producer abuses his bass cabinets. Unlike ISAM’s spatial, cinematic themes, Tobin’s encore is a showcase of bass melodies with a propensity for hip-hop beats. Tobin lets this side of his personality shine on Stunt Rhythms, produced under the moniker Two Fingers.

Spawned in 2009 alongside UK drum & bass disciple Doubleclick, Two Fingers’ eponymous debut proved a loopy adventure into worldbeat minimalism, whereas the sole Tobin production on Stunt Rhythms imbues these disjointed rhythms with infectiously upbeat melodies. Like a digitized Phoenix, opening track “Stripe Rhythm” arises when the shifting mechanized bass of ISAM’s “Goto 10” erupts into a five-alarm blaze. The following 12 tracks share an aesthetic similar to those coming from the camps of Pretty Lights Music and The Glitch Mob’s Glass Air Records.

“Snap”, “Magoo”, and “1o1 South” mix syrupy basslines with glitchy, progressive hip-hop beats akin to Pretty Lights and Eliot Lipp. The oscillating bassline, electrifying synths, and handclaps of “Fools Rhythm” and the sustained, psychedelic low-end march of “Deep Jinx” hit like the bass stylings of PANTyRAiD and Nasty Nasty. However, these comparisons are just a tool for reference, as Tobin is unmatched in his ability to pair aggressive masculinity with delicate textures on tracks like the acid-influenced “Lock86” and the hallucinatory “Little Brat”. Bonus material “Smurf (Instrumental)” and “Rock Scissors” further pull listeners down the rabbit hole and into an uncharted land of mysticism and hip-hop experimentation.

Like with Nero’s Welcome Reality or Skrillex’s Scary Monsters and Nice Sprites, expect DJs across dubstep, future garage, and moombahcore to latch onto Stunt Rhythms for a series of remixes and continue to push the amorphous boundaries of bass-centric electronic music.