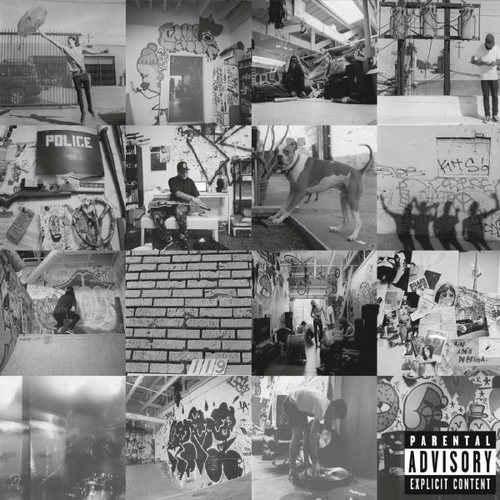 Following hardcore’s salad days, most of the genre’s best releases have diverted from tradition through use of expansive instrumentation, extended song-lengths, and/or full-blown plotlines – think of your Zen Arcades, your Relationship of Commands, your David Comes to Lifes. But Sacramento’s Trash Talk have arrived at the helm of contemporary hXc thanks to a more classicist approach, with their faith in seeming anachronisms: Agnostic Front’s pacing, Circle Jerks’ hooks, and an implacable fury that was once reserved for good ol’ Henry’s most savage stage antics.

Assuming the band’s approachability would consequently skyrocket, some fans cried wolf, as it were, after Trash Talk signed with the major-label-affiliated Odd Future Records in May. But those assumptions have officially been proven invalid, because the only thing much different on the 14-track, 22-minute 119 LP is frontman Lee Spielman’s delivery, which is still absolutely rabid but also more legible now than it has been.

This particular lack of evolution, though, doesn’t mean the band isn’t getting better; they are, and that’s often shown in how efficiently the best songs play out here. Though barely a minute long, the vicious “Exile on Broadway” leaps out with its four-word closing hook: “Defunct! Defeated! Corrupt! Mistreated!” Later comes “F.E.B.N.”, a 90-second torrent of near-melodies vocally tag-teamed by bassist Spencer Pollard.

Then there’s the inevitable OFWGKTA collaboration, the doom-y “Blossom & Burn”, wherein you’ll find half-rapped, half-growled cameos from Hodgy Beats and Tyler, the Creator. However, the song is notable not because of its high-profile assistants, but because it underscores something else entirely. 119’s slowest moment in every way, it shows that making concessions to sounds besides the ones they’ve traditionally inhabited can prove detrimental for Trash Talk. Thankfully, concessions aren’t made at many other places on the album, and that may be why the thing works so well.