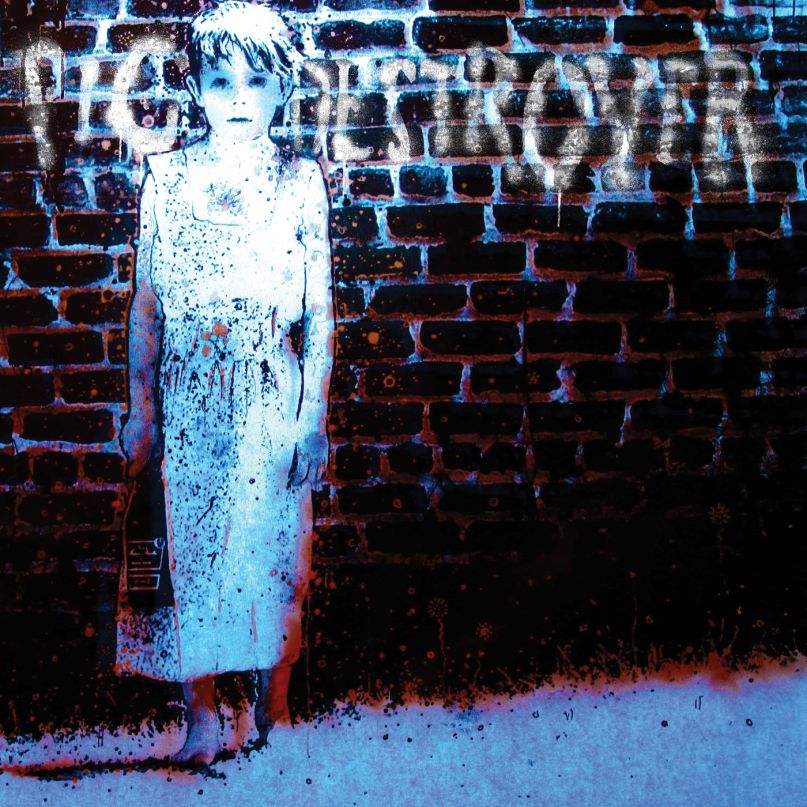 Virgina’s Pig Destroyer take their time with new albums; Book Burner is just their fifth over a 15 year career. Considering the massive critical praise, the devotion from fans of grindcore and metal, and the obliterating power of their latest LP after a five-year gap, Book Burner, they should continue to take as much time as they need to.

Nothing of the sub-two minute songs on the album suggest that the time was needed for a lot of sound-sculpting and orchestration. That’s not to say that Book Burner is sloppy — quite the opposite. Scott Hull’s guitar is about as machete-sharp as you’ll find. The precisely structured start-stop rhythms and build-and-release movements are marvels in this compressed state, pummeling ground in a minute and a half that bands like Isis cover in eight.

Perhaps a good deal of that time was spent getting everybody in sync at the insane double-kick drum speeds Adam Jarvis hammers out on tracks like “Sis”. Or maybe vocalist J.R. Hayes needs time to build up to the fire-eyed howls on angular storms like “Iron Drunk”. Else it could be that Hull spends the years carefully crafting detailed arguments, as on “Eve”, in which Agoraphobic Nosebleed’s Katherine Katz screams out a twisted take on the Biblical origin story.

There’s barely a moment to think amidst the onslaught of noise, Blake Harrison’s electronics adding the toxic sealant over the welded edges in the metal coffin. The 19 tracks burn and rampage, sure, but they’re sure to leave you standing there, mouth agape, begging for more. And yeah, they’ll probably leave you waiting awhile for it, too.