No Doubt – Push And Shove 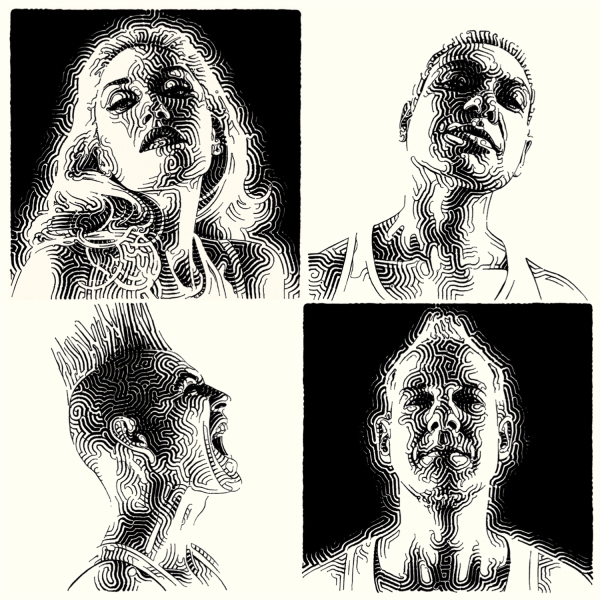 Push and Shove often sounds like it’s on power-pop autopilot. “Gravity”, “Heaven”, and “Sparkle” are decent, but get stuck in the clouds. Island jingles and Eastern accents blithely hint at nuance without much payoff. But there is plenty to enjoy as you push and shove right to end of the album, where the first (and best) three songs appear again in remixed form. It’s not punk. But it’s the most surprising stunt No Doubt has pulled yet: country.

Gwen Stefani’s exuberance translates beautifully into unabashed heartache. “Easy” starts off sultry and builds into a spacious, windows-rolled-down chorus. This kind of southern strain is untraceable on No Doubt’s previous records. Similarly, “Undone” has the soulful harmonies of a Lady Antebellum song. Beginning with a barstool guitar, Stefani-as-desperado sings: “I’m broke / Let me show you where it hurts/ I’m trying to be brave.”

Those who have followed the vivacious front-woman since No Doubt’s hiatus in 2004 have witnessed her myriad personal and musical transformations. In her solo work, she alternated from swashbuckling Tevye (“Rich Girl”) to gum-smacking cheerleader (“Hollaback Girl”), adorned with her tough Harajuku Lover posse. Stefani also did time as Scorsese starlet (as Jean Harlow in The Aviator), a pouty Cover Girl, and a mother (twice over). On Push And Shove, Stefani sounds poised for a new role, this time as balladeer.

“One More Summer — Acoustic-Santa Monica Session” is her standout performance — a classic California anthem. There is another version on the album that is synth-heavy and commercial, which sounds more like music filler for the The Hills. The lyrics come across as blank as Audrina’s stare.

On the acoustic version, however, only a delicate guitar melody coils around her quavering vocal. Singing nearly a cappella, Stefani emotes: “I’m trying to get a hold on this,” and it sounds like the walls of her tragic kingdom are crumbling down. The song recalls a bit of “Landslide”, partial thanks to Stefani sounding like a soprano Stevie Nicks. Nicks, like Stefani, was not initially embraced as a serious vocalist. Critics dismissed Nicks’s voice as raspy and uncultivated – the very characteristics that eventually earned her praise. If appropriated country ballads are No Doubt’s next direction, the results seem promising.

On the other side of the spectrum is “Looking Hot”, a Confessions On The Dance Floor-style disco jam, which, awesomely, appears twice on Push. So, No Doubt may not be rodeo-ready – at least, not yet. Yet Push proves that country is another possibility for the band that’s never cowered from a genre risk (ska, reggae, punk, hip-hop, and so on). Their experimental comfort is rooted in the fact that they began and remain friends who still kick around small towns in southern California. When members of No Doubt are asked about the band’s success, they all seem genuinely shocked with themselves. Perhaps humility is what has kept their music so imaginative in Act II of the No Doubt saga.

“Settle Down” is Push’s splashy first single. Like “Summer”, the superior version is the Acoustic-Santa Monica Session at the end of the album, where Stefani whoops and rumbles right into her vowels. The claps, the shimmy-shaking maracas, the bongo drums all come to together like an impromptu street fair. Within this organic swirl of music, Stefani’s voice sounds as we know it best: cartoonish and vibrant. Silly, yet meant to be taken seriously.

Stefani’s expressive vocals — specifically the way she adapted them to different musical genres — have made a deep impression on popular music. Look no further that Nicki Minaj’s colorful styling on Pink Friday … Roman Reloaded for ample proof. Her tart chokes and wayward groans on “Pound The Alarm” are audibly Stefanian, whether the influence was intentional or not. In the past, when people compared her to Madonna, Stefani said: “Name one girl my age who wasn’t inspired by her.” The same could now be said of Stefani and today’s rising musical talents. If only Minaj had been brought in to breath life into the wobbly title track, “Push And Shove”, alas.

In any case, it was gracious of No Doubt to throw a bone to nostalgia-mongers by dipping into intermittent fits of reggae and “nevah-eva-evas” on this album, as if it is 2001 and Shaggy is on the brink of world domination. But after hearing how Gwen Stefani sings these days, it’s obvious that she has no intention of looking back.