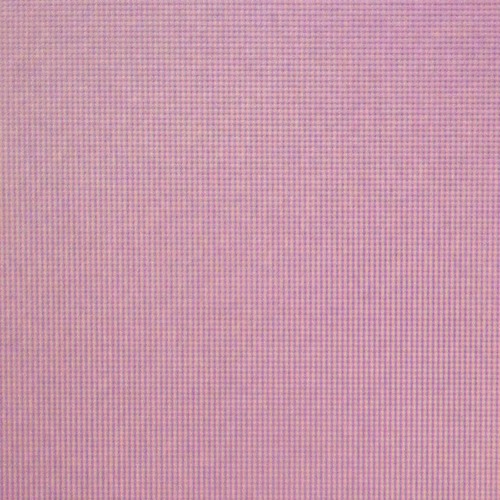 Mauve — one of those in-between hues — is a particular word to describe a pale meld of bluish and purple (the album art to the right aptly nails it). It’s a rare treat to be able to accurately describe an object you see as “mauve”, yet it’s entirely fitting for Ringo Deathstarr, the Austin-based trio with an affinity for building intricate walls of sound in the vein of late ‘80s-early ‘90s shoegazers Slowdive and Ride. Mauve, the follow-up to 2011’s Colour Trip, paints a visceral portrait as hazy as the dreamy color itself.

Heavy, full-bodied swirls of guitars envelop the listener amid the album’s slow-burning opener “Rip”, which transitions to a sea of jangles and bells, roaring with bravado, on “Wave”. Cinematic bass lines, atmospheric echoes, and distant vocals amplify both “Brightest Star” and “Slack”, transcending straightforward lyrics of lament and love into an array of reverb-drenched guitars and tight percussion from drummer Dustin Gaudet.

It’s obvious to draw similarities between Ringo Deathstarr and the noise crescendos of The Jesus and Mary Chain, or the seductive lyricism of Slowdive. In particular “Burn” delves into gritty noise, kindled by the vocals of female-male duo Alex Gehring and Elliot Frazier, uncannily emulating My Bloody Valentine’s Bilinda Butcher and Kevin Shields. At least on a subconscious level, the Irish legends’ seminal “Feed Me With Your Kiss” resonated enough with Ringo Deathstarr to become the very apparent roots of “Waste” on Mauve. The sole flaw with Mauve — though, also one of its strengths — lies in the band’s attempt to recreate the rambling, atmospheric tension of those pivotal U.K. bands.

Despite the beautiful cacophonies, Mauve often comes too close to directly replicating the era itself. Truthfully though, it’s tough to think of any art form, let alone music, that isn’t imitative of another era or at least nostalgic of it. It’s 2012, and the lush expanse of Mauve, both feet planted in 1991, still has the ability to spread over you slowly and entirely, like a veil of noise. Or at least, it’s certainly pretty to think so.