A Song: For What It’s Worth 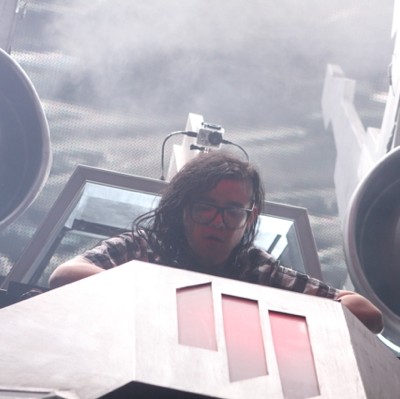 This past Thursday, fellow CoS writer Jon Hadusek and I combed through a long beach of mp3s released over the seven days prior, struggling to pick out the ten grains of musical sand that, for one reason or another, found their way to the “Top.” And this Thursday we’ll do it all over again. In a calendar year, we’ll proclaim about 520 individual songs to be the best of their respective timeframe (not to mention yearly best of lists, and Essential Tracks in each and every album review). But what happens to those songs as their reign at the Top fades? How long does a song last, and what affects a song’s life expectancy in the public mind?

I’ve seen countless arguments about how the changes in the way we consume music have shortened both our collective attention span and the quality of songs — that songs released today will never match the (humongous C) Classics because they’re not built to last. These range from the average yahoo in any site’s comment section to esteemed critics like Simon Reynolds, who decried the internet age’s waning ability to focus in last year’s Retromania.

Reynolds’ fear of “an insidious erosion of attention spans” is a reasonable concern (seriously, try talking to a nine year old), but fetishism of the past is a dead end. While attention spans have arguably been weakened by the Twitter and the E-Mail and the Rock’ Em Sock ‘Em Robots, today’s latest innovations happen to benefit both the creator and consumer, ranging from Kickstarter funding to a retweet from Das Racist’s Dapwell.

These fears are nothing to be ashamed of; they’re a recurring social phobia. There’s a reason that there’s a Wikipedia page called Classical music riot, a list of now dusty names that, in their time, were received in the same way that a Baby Boomer in a Led Zep T-shirt scoffs at Skrillex. That’s not to say that Mr. Sonny Moore is the next Erik Satie, but the correlation is there: Every generation of new music has its detractors and its supporters.

Some important evidence would suggest, though, that perhaps songs of the last decade or two don’t have the same lasting shelf life of those of, say, the seventies. Four years into the aughts, Rolling Stone’s 500 Greatest Songs of All Time initially included just three songs from that portion of a decade, and the 2010 update saw that number grow to 26. While this growth was exponential, the total is just slightly larger than an eighth of the number of tracks on the list that were produced in the ’60s.

The curve dives pretty dramatically as it nears the present, suggesting that the songs of each subsequent decade just don’t hold the same lifespan. Songs from 1970 have lasted 40 years in good standing, but a song they might’ve loved from 2009 didn’t even last one when it comes to “Greatness.” Not a single one of those 450 or so songs we’ve gotten to in Top mp3s so far this year made it into our Best Songs list. But that doesn’t necessarily mean that the root of this disparity lies in weaker song-writing, generation to generation.

The ratio of songs written for easy pop consumption and those more “serious” songs — in other words, those that tend to crack into all-time rotations — likely doesn’t differ very much decade to decade. The difference in our current era is that the sheer quantity has grown immensely. Let’s take on a hypothetical: The average listener knows 100 songs from 1975. Even the worst song that the theoretical listener knows from ’75 had to get put to tape and approved as something that will be worth spending considerable money on, pushed by labels onto the radio.