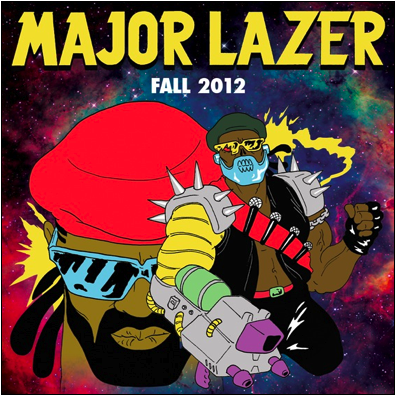 Major Lazer, one of the better party-in-a-box bands that revolve around a fictional comic book character with a lazer for an arm, have announced their sophomore LP that comes littered with guests. The Diplo project will drop Free the Universe on November 6th via his own label Mad Decent, and will feature Ezra Koenig of Vampire Weekend, Wyclef Jean, Bruno Mars, Tyga, Flux Pavilion, Shaggy, Winter Gordon, Dev, and more (via Pitchfork). It will also feature Amber Coffman of The Dirty Projectors in the previously released song “Get Free”, which you can hear below.

Long-time co-producer of the Major Lazer project Switch doesn’t appear to be involved in the project, as stated in a press release: “Free the Universe forges a new path for Major Lazer, now with Diplo as the sole executive producer for the project.” And sorry to dash the hopes of those wanting more instructional videos on Daggering, but it appears hype-man Skerrit Bwoy has left the project to pursue religion.

Major Lazer will set out on its “new path” this fall with a set of fresh tour dates. Check those out below.