by Gilles LeBlanc and Stewart Wiseman 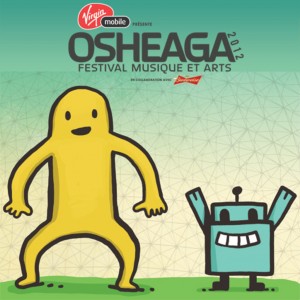 The theme of this years Osheaga Music and Arts Festival could have been titled The Price of Success. What had been building as a niche event for musically aware fans since 2006 turned into a juggernaut in 2012, seemingly overnight. For the first time in their history, Osheaga organizers had to deal with sellout crowds, even with the grounds at Parc Jean-Drapeau on Saint Helens Island having been expanded considerably. The lineup was that good, featuring a mix of artists parachuting in and out of Lollapalooza, as well as some band grabs exclusive to Montreal that had the fest community buzzing in the months leading up to it.

Try as she might, Mother Nature could not put on a damper on the enthusiasm that spread throughout the entire weekend. Extreme heat and the threat of thunderstorms? Pfft, bring it on was the mantra chanted. Nothing was going to get in the way of anyones enjoyment. Considering the insane level of festival coverage devoted during these three days, Consequence of Sound decided to focus on what were deemed the absolute best, most unique and special sets during Osheaga 2012.