Festival Review: CoS at Lollapalooza 2012 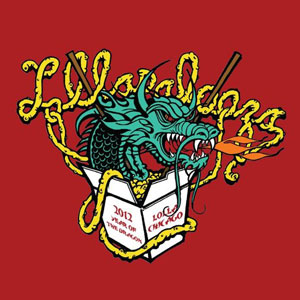 For the eighth time in a row, Lollapalooza returned to Chicago’s Grant Park. While the festival has received its share of rain over the years (e.g. Billy Idol’s mesmerizing sun shower set in 2005, The Gaslight Anthem’s downpour debut in 2009, Best Coast’s muddy power hour in 2011, to name a few), the grounds have never had to shut down. Yet with recent catastrophes at festivals worldwide, management took no chances and they made the right choice. Only three hours were ultimately lost and in those three hours something wild happened — there was a sense of adventure.

As Chicago’s sacred park weathered harsh winds and thick, thick rain, the hundred thousand festivalgoers fled into the city, stalking nearby bars, restaurants, coffee shops, book nooks, newspaper stands, subway stations, hotel lobbies, miscellaneous stairwells and awnings, and parking garages. Twitter sparked alive with critics and other festivalgoers, while publications remained on the ball with its rumblings and hearsay. When the storm finally passed, there was a chill to the air, a spark of excitement in each festivalgoer, and a newfound sense of coping. There was also a great makeshift community that matriculated throughout the city, where stories and accounts were passed to one another. It all felt very analog, despite everything still remaining very digital.

More than anything, though, it gave the three-day festival something to remember. With such a heavy focus on rock — Jack White, Black Sabbath, Red Hot Chili Peppers, The Black Keys, At The Drive-In, etc. — this year’s incarnation was admittedly starved for character. On paper, things appeared a little convoluted. Whereas EDM used to be locally contained at Perry’s, acts like Avicii or Justice or DJ Zebo or DJ Mel crossed over into other outside stages, which confused the schedule some. Couple that with a lack of hip-hop, save for Childish Gambino or Doomtree, there just wasn’t much spunk to a festival whose trademark was just that. But one rainy afternoon put things in perspective, and it wasn’t just the mud people that found solace.

Godspeed to the folks in charge of re-sodding, that’s for sure.