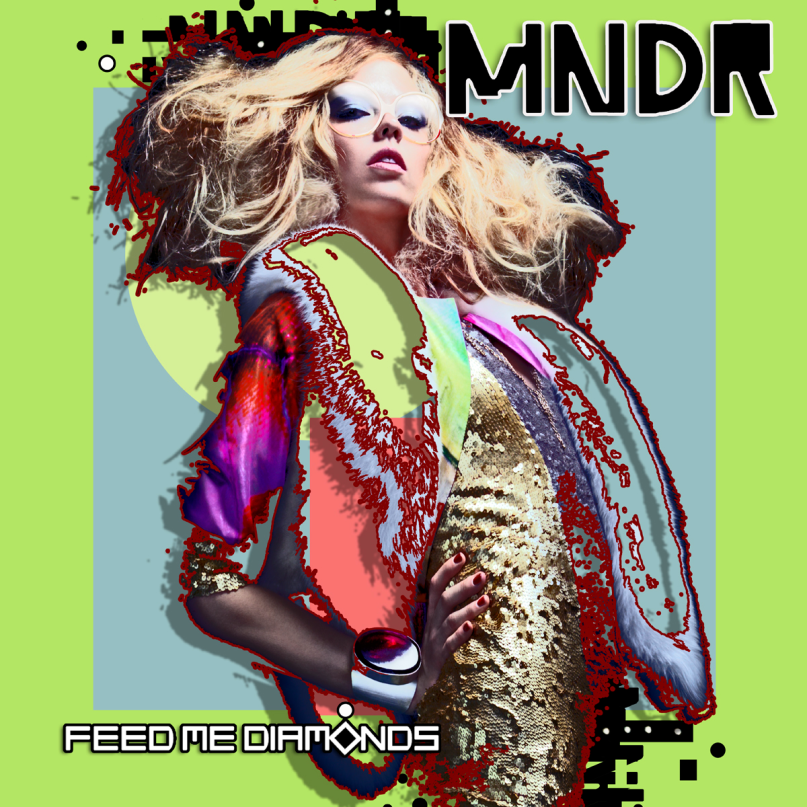 In today’s crowded pop star conversation, it takes more than a few 1990s techno by-way-of modern dubstep beats and some lyrics about partying for an aspiring artist to make waves. It’s a difficult game to play; just ask New York via Bay Area electro junkie Amanda Warner (a.k.a. MNDR), who first turned heads with her debut EP E.P.E back in 2010. Warner’s long-awaited full-length debut, Feed Me Diamonds, doesn’t deserve to be tossed onto the dancehall floor, and it hardly packs the punch needed for a mainstream breakthrough — or any breakthrough for that matter.

Feed Me Diamonds leans heavily on the strength of first single, “#1 in Heaven”, which apparently was written as a tribute to 1970s socialite/kidnapping victim Patty Hearst. One look at Warner — with her fresh-from-the-club neon outfits and beachy blonde hair — and you might be expecting glitter and sunshine. But as radio-ready as “Heaven” appears on first listen, it also flaunts a sinister backbone that lays the groundwork for the rest of the record. Industrial and European influences are peppered in throughout, and give otherwise traditional pop songs some serious bite.

“Faster Horses” delves deeper into European techno than most of her counterparts would dare, and Warner’s voice on the slow-burning title track cuts through the song’s sparse production like a glance across the dance floor from a beautiful girl. But the problem is that there isn’t much else about MNDR to distinguish her from all the other electro pop starlets of the world (see: Robyn, Lykke Li, La Roux, Yelle, Charli XCX, Icona Pop, et cetera). Each of these artists has recently visited the same shadowy depths that Feed Me Diamonds inhabits, and has come up with superior sounding results.

It’s a little disappointing that in the two years since her debut EP, Warner couldn’t come up with anything more distinguished than Feed Me Diamonds. What’s even worse is that she is more than a few minor tweaks away from righting her runaway train. Next time around, MDNR is in need of a full-body makeover. Too bad you can only make one first impression.