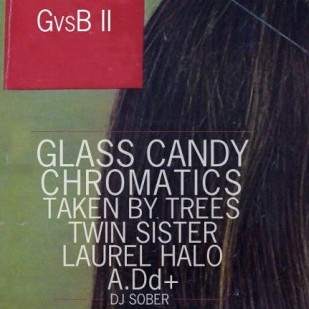 Last summer, our friends at Gorilla vs. Bear jumped into the music festival business with their inaugural Gorilla vs. Bear Festival, held in Dallas Granada Theater. Featuring the likes of White Denim, Shabazz Palaces, Grimes and other buzzworthy luminaries, the show was a hit, and theyve returned to the scene of the crime for GvsB II, which descended upon the Granada this Saturday. This years edition featured a scaled-back lineup, partly in response to the rushed sets that plagued last years fest. The switch worked, as the whole night stayed on track, and every act was able to play their full, scheduled set. Those sets were shorter than average (as they still had to fit seven acts on one stage in one night), but the abbreviated performances helped set a good pace for the evening.

Still a diverse festival, this years lineup had one strong recurring theme: females. Other than the local acts that opened the show, every band on the bill was a female-fronted band. Thats not to say that they all sounded the same; from Laurel Halo to Glass Candy, the styles varied wildly. But there is something to be said for bringing together such a female-dominated lineup for a much buzzed about festival of this nature. Saturday night was the ladies time to shine.

After starting the night with a local DJ and a hip-hop duo, Laurel Halo took the stage amidst a heavy cloud of smoke, which proved to be the perfect compliment to her hazy, moody set. Effortlessly moving from experimental soundscapes to upbeat crowd-movers, she kept the steadily growing crowd engaged.

Taken By Trees followed and quickly transported gazers to an isolated island in the middle of the sea. Their unique blend of relaxed indie rock, subtle electronic beats, slight twang, and a hint of reggae put a spell on the crowd. The only band of the night to utilize the Granadas large screens to either side of the stage, their dreamy, gorgeous underwater video reel matched the music to precision. Their half hour set included new and old songs encompassing a wide variety of musical styles, but the music remained stunning.

Soon after, Twin Sister arrived and was welcomed energetically by the growing crowd. What the Long Island five-piece lacked in variety they made up for in energy. The songs, though, did seem to run together for most of their set. Frontwoman Andrea Estella was as charming as ever, and the rest of the band fit tightly around her. But towards the end, most of the crowd craved the Chromatics. Even though they were listed second on the poster, the Chromatics were unquestionably the biggest draw of the night, the chatter throughout the show dealing largely with them.

Once they finally appeared, the chatter gave way to an appropriately enthusiastic response. After opening with a short version of Tick of the Clock, vocalist Ruth Radelet took center stage, and the band tore through selections from their latest album, Kill for Love. The opening notes to each live cut sent the crowd into a frenzy. Standouts from their nearly hour-long set included the title track, Lady, These Streets Will Never Look the Same, and abbreviated closer Into the Black. Every note rang pitch perfect, and the Chromatics lived up to the hype.

A portion of the crowd left after the Chromatics’ set ended, but those people missed out on another fantastic Johnny Jewel production. Stripping away the full band setup, Glass Candy walked on stage with nothing but Jewels synth station and Ida Nos microphone — and balloons. Lots and lots of balloons. The duo’s energy levels were astounding, especially since Jewel had just played an hour of music beforehand and it was around one in the morning by the time they finished playing.

That didnt stop Jewel from bouncing up and down while he played his parts, nor did it stop No from acting the perpetual woman possessed. She was all over the place, hugging audience members from the stage, kicking balloons in the air, running in circles, and even dabbling in some crowd surfing. She was playful and engaging with the audience, challenging them to a balloon-punching contest, which she suggested should be an Olympic sport. She wasnt just a side show, she was the main event. A force of nature on the microphone, No would often shift from light and bubbly to screaming bloody murder in the same breath. Above all else, she kept things fun, and Glass Candys set proved to be universally entertaining and exciting. They may not have the technical prowess of Chromatics, but they sure as hell know how to throw a party.

Here’s to round three.