Music can lose its footing on the world stage 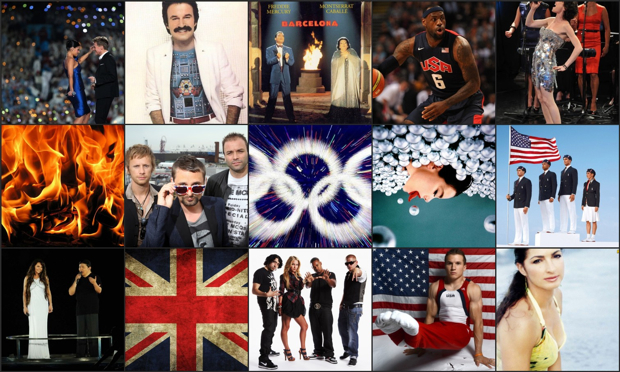 Welcome to Dissected, where we disassemble a band’s catalog, a director’s filmography, or some other critical pop-culture collection in the abstract. It’s exact science by way of a few beers. This time, we head to the Olympics.

Music can lose its footing on the world stage. There’s not a lot of room for risk taking or subtlety when the message literally has to be translated across the entire globe. Look at Eurovision, the glorious train wreck that it is, for examples of just how packaged and stifled music becomes when it’s meant to be inoffensive and easy to understand.

The Olympic stage creates a similar challenge for artists. Each ceremony, there is — or something close to — an official theme of the Olympics, and most songs picked are original works (though there are some exceptions). The good artists are aware of the challenges and adapt to the boundaries without sacrificing too much of the their own voice (Tina Arena, Whitney Houston). The bad artists are completely unaware of the world outside of mawkish crooning and manage to fool the brass in the board room into thinking that treacly pap will pass for true human inspiration (Gloria Estefan, Flipsyde, many more). And then there’s Bjork.

I chose 11 songs to dissect that were either one of the official themes or heavily used throughout a ceremony’s broadcast. Thanks as always to YouTube for chronicling our hilarious trends of the past and present so that later generations can laugh and laugh at whatever we thought was totally awesome at the time. Enjoy the power synths of the ’80s, the tribal schmaltz of the ’90s, the urban stylings of the ’00s, and of course, Bjork.