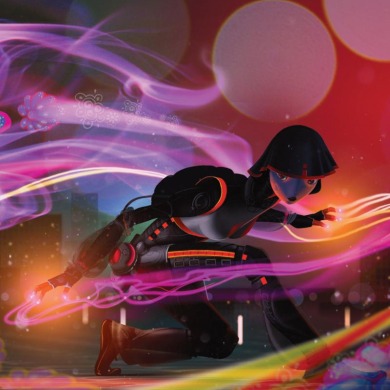 Like Coheed and Cambria and KISS before them, Coldplay is getting into the comic book business with the launch of a six-part Mylo Xyloto series at this week’s San Diego Comic-Con International. Co-written by Academy Award-nominated writer/director Mark Osborne (Kung Fu Panda, MORE), the series will flesh out the origins and Universe of the Osborne-created Mylo Xyloto character, which served as the backdrop to the eponymous album.

In a press release, Osborne explained that the comic is the “latest expression of a music-driven feature animated film that the band and I started developing several years ago”, focusing on the titular character who is a “young Silencer on the front lines of a war against sound and color in the world of Silencia. Mylo discovers that the enemy he’s been trained to hate his whole life might not be the enemy after all.”

The first issue of Mylo Xyloto, complete with an exclusive variant cover displayed above, will be up for sale at the San Diego Convention Center. The entire run will then be available monthly beginning February 2013. For another taste of Coldplay-related sci-fi/fantasy, watch the video for the Rihanna-aided “Princess of China” below.