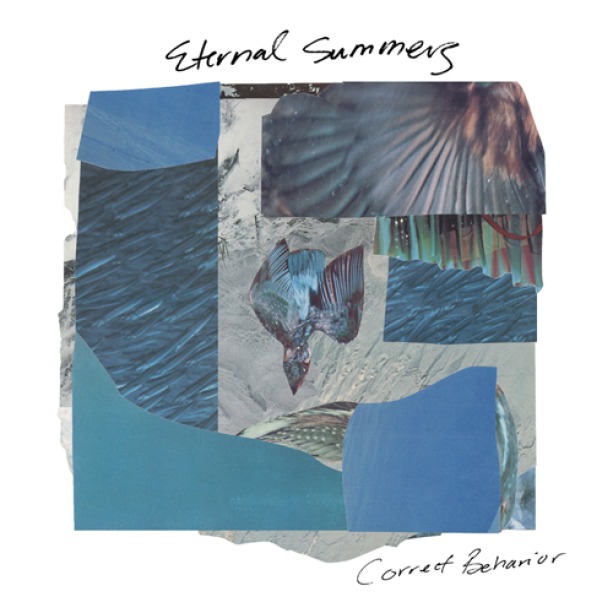 As a re-introduction, the album’s first tracks spotlight both their poppier and darker, more experimental tendencies. Representing the former, “I Love You” bubbles with dream-pop’s essentials. The guitar’s high-energy chug and the walls of “ohh” and “aww” vocal harmonies lend an ethereal atmosphere and deep beauty to an underlying simple, undeniably nerdy lyrical framework (“Under the radar/ Had to use the ray gun”).

Where its predecessor was all cheese, “Girls in the City” is a late ’80s post-punk masterpiece. Mutilated New Wave guitar, built for some decrepit, crumbling disco, highlights drummer Daniel Cundiff’s sing-talking about stalking a neighborhood girl. With every tweak in that guitar, the song oozes angst and an unhealthy desire in a subtle yet profound way that defines the post-punk ethos, while pushing its possibilities in new, creepy directions.

For the album’s second half, Eternal Summers enhance and undermine their two sides with a splendid tug-of-war between genres. On the surface, “Summerset” could be pure dream-pop, with Nicole Yun’s effervescent vocals floating in a hazy sense of momentum. Yet between breaths and guitar notes, the drums’ incessant clatter cuts through, adding a sense of unshakable intent to the shimmery, lackadaisical beat.

“Heaven and Hell”, on the other hand, mashes these sounds together as violently and joyfully as possible. The band’s sunny guitars turn demonic and distorted, punishing with an onslaught of noise. Doing her best to fight back with opposing musical force, Yun’s vocals are as pure as the driven snow, a beam of angelic light in the metal snowstorm. While this is the album’s least organized offering, it’s one of its most organic, demonstrating that the trio can find harmony with very little extra effort.

Whether it was the new member or merely time and experience, Eternal Summers have made a record that’s sonically cohesive without compromising any of its component parts.

Essential Tracks: “Girls in the City”, “Heaven and Hell”