by Chris Coplan and Ryan Bray 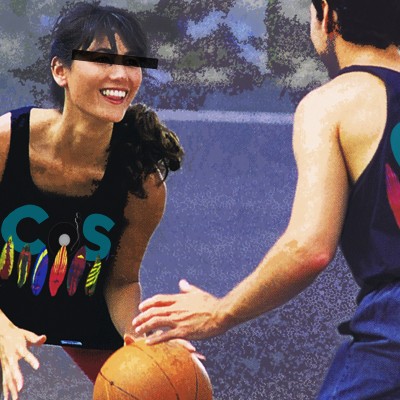 When I was about seven years old, I once asked my mother to buy me an action figure of Cliff Secord, the sky-flying hero from the 1991 box office flop, The Rocketeer. Terrified that I had abandoned my Teenage Mutant Ninja Turtles, after I had spent over two years’ worth of allowance (AKA her money) on the countless series of figures, she basically replied, “Well, will the Rocketeer help out your Ninja Turtles?” The crossover idea never occurred to me at the time, but I quickly spun around with excited eyes and screamed back, “Mom, that’s a great idea!”

That’s the earliest memory I can think of in regards to a “collaboration,” which is pretty ridiculous given that I’m a child of the ’80s, and you couldn’t turn on Saturday morning cartoons without seeing some idiotic crossover PSA. But soon after that lightbulb moment, I couldn’t stop thinking about countless other crossover situations, and the ’90s only fueled that hunger. Robocop vs. Terminator? Freddy vs. Jason? Aliens vs. Predator? Hey, you could even toss in the NBA All-Star Games, too.

The idea of a collaboration in pop culture is exciting because it takes the best of two (or three, or four, or five, etc.) unique worlds and attempts to unify them into one powerful unit. It only works sparingly, though. Most of the time, a successful collaboration needs to be organic. Like all great relationships, it needs to feel right, it needs to feel good. That couldn’t speak any louder for collaborations in music.

With David Byrne and St. Vincent’s collaborative album, Love This Giant, on the horizon, Consequence of Sound opened up the dialogue on past successful collaborations, and then asked, “What about ones we’d like to see?” Just like a group of kids trading basketball cards and/or forming a plastic wasteland of assorted action figures, we came up with ten dynamite collaborations that we’d like to see. We tried to keep them as realistic as possible, too.

Perhaps you have some ideas, too. No?

p.s. For those of you who also wished to see a Rocketeer/Ninja Turtles crossover, you have my condolences.