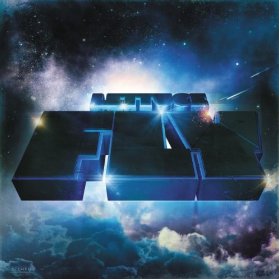 Atmospheric sax and flute melodies dance around swirling psychedelic guitars to introduce Fly, the latest album from the Brooklyn-based funk outfit Lettuce. A couple veterans of the jam band scene, guitarist Eric Krasno of Soulive and journeyman drummer Adam Deitch set Lettuce apart from thousands of other generic funk bands, lacing tracks like “Fly” and “Ziggowatt” with mixolydian guitar soloing that goes beyond the typical blues/funk wanking. Krasno frequently opts for layers of filters and effects over gratuitous wah-wah pedaling, conveying a flavor of far-out grooviness. Still, the vintage sound of Fly is much more ’70s soul than ’60s rock.

Of course, funk music was born out of psychedelic rock when George Clinton dropped acid and asked, “Who says a funk band can’t play rock?” But far from just sticking to a psychedelic, jam band sound, Lettuce melds their trippy-ness with old school funk, in part by using its stellar horn section. They’re featured prominently on “Lettsanity”, which follows the stoned tempo of the title track with a classic uptempo groove, replete with vintage horn exclamations and a nasty sax solo from Ryan Zoidis.

Deitch excels at laying down seemingly simple grooves with an uncanny ability to complicate them. His fills toward the end of “Lettsanity” are, as the name suggests, insane, and slower grooves like “Ziggowatt” or “Madison Square” have an intensity and complexity that belie their tempo. Aggressive staccato guitar strumming and fast tambourine eighth notes contradict the slowness on “Madison Square” to create something novel.

It’s tough to rate a funk band because the music is just so damn fun, often uplifting, and frequently virtuosic. Lettuce’s novelties, contradictions, and quirks make them stand out, yet they aren’t perfect. Towards the end of the album, tracks like “Play” and “Let It GOGO” blend together. Guest vocals from Nigel Hall on the excellently smooth “Do It Like You Do” beg for more vocal tracks on this otherwise instrumental album. But those are trivialities–mostly, this is a great funk album for deep listening and deep grooving. Strap on your dancing shoes, and crank it.

Essential Tracks: “Fly”, “Lettsanity”, “Ziggowatt”, “Madison Square”, and “Do It Like You Do”