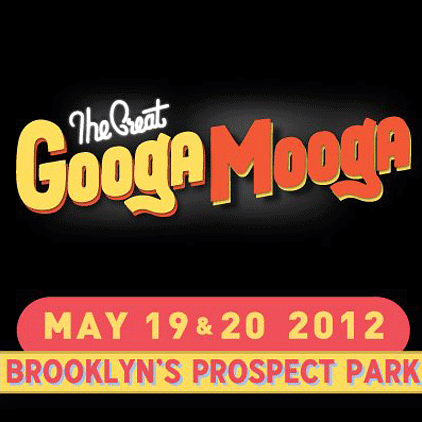 “Food is the new rock ‘n roll.”
– Justin Warner, chef at Do or Dine

“You’re going to what?” The Great Googa Mooga doesn’t exactly roll off the tongue, but “music,” “food,” and “festival” do, and that’s about all I needed to tell people about the eponymous inaugural festival this weekend in Brooklyn’s Prospect Park. If that wasn’t enough to win over the skeptics, I broke it down by the numbers: 75 food vendors, 35 breweries, 30 winemakers, 20 bands, and 40,000 general admission tickets that sold out in a few hours. That’s what happens when you bring together Top Chef’s Tom Colicchio, David Chang of Momofuku (or alternatively, Jimmy Fallon’s fried chicken throwdown against ?uestlove’s “Love’s Drumsticks”), Anthony Bourdain, and James Murphy under Superfly, the events and marketing company behind Outside Lands and Bonnaroo.

The intersection of food and music is nothing new—I Like Food, Food Tastes Good tells you how to make your favorite bands’ favorite foods, James Murphy is an unabashed food enthusiast, and Sammy Hagar has his own restaurant, to name just a few favorite examples—but thanks to Googa Mooga’s advertising in every New York subway stop in the weeks leading up to the event, it’s recently been both lauded and vilified as the ultimate Platonic ideal. Admittedly, $250 per day is a hefty price tag for the Extra Mooga tickets, which allowed you to see panels like “Noshing with…” James Murphy, Aziz Ansari, and David Chang or eat brunch to the dulcet tones of the Dirty Dozen Brass Band. It’s hard to argue that there’s anything wrong, though, when you’re sampling three different kinds of pork sandwich while watching Fort Lean, or sipping Thai basil lemonade while Peelander Red plays guitar on top of a Porto-Potty.

Like any festival, there wasn’t nearly enough shade or free water (for once, there were plenty of bathrooms); the festival’s parameters were hard-pressed to fit so many people; and the hottest dishes, like Tom Colicchio’s pork belly tacos and Baohaus’ fried chicken Bao buns, sold out within hours of long lines that just kept getting longer. But concertgoers and foodies alike made up for it by sharing bites, wiping sauce off each other’s faces, and handing out extra water bottles to small children. The thing overheard most, however, was: “What is that, and where can I get it?”