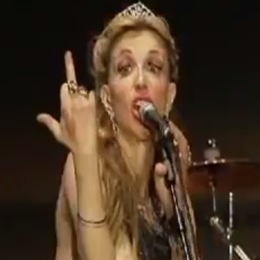 Back in 2010, Courtney Love expressed a desire to separate from the estate of Kurt Cobain. As The Fix has learned, it turns out she got exactly what she wished for by the end of that year. The publicity rights – which include Cobain’s name, likeness, and appearance – now belong to her 19-year-old daughter, Frances Bean Cobain..

The Fix reports to have obtained documents stating Love received a $2.75 million loan from Frances’ trust fund. This resulted in Love stepping down as Acting Manager of End of Music LLC, which generates revenue from Cobain’s publicity rights. Thus, Frances has final say over any deals brokered by EOM’s current Acting Manager, David Byrne. All this could be reversed, however, if or when Love pays back the loan.

The documents also revealed that Primary Wave Music’s CEO, Larry Mestel, owns 100% of Nirvana’s and Cobain’s music, so Love has little influence on the Cobain legacy at this point. What all this means in the end, really, is that she should stop whining now.