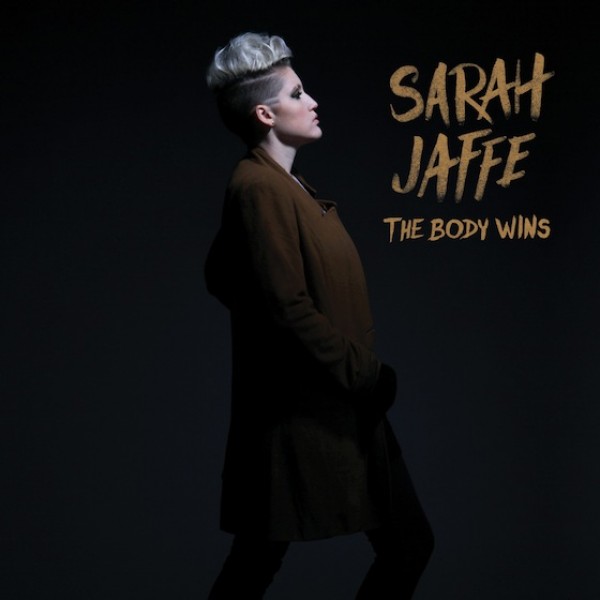 In a recent episode of HBO’s Girls, main character Hannah tells the man-child who she erroneously believes to be her boyfriend why she almost had sex with her boss: “for the story”. HBO should snatch up “Glorified High”, The Body Wins single on which Sarah Jaffe sings, “Party for the hell of it/Solely out of boredom/Mostly for the story.” The song brings out the wild side of the Denton, TX-based singer, a side that’s fueled by bass, drum machines, synths and electric guitar – none of which made their way onto her debut full-length, last year’s acoustic-guitar-heavy Suburban Nature.

In a promotional video for that 2011 album, Jaffe spoke of her childhood and said, “I knew I wanted to rock. But rock … mildly.” And rock quite mildly she did, as Suburban Nature’s 13 songs lured the listener into a dandelion-filled pasture where the singer/songwriter danced in heartbreak. She revisits that tranquil scene on a few of The Body Wins’ tracks, such as album opener “Paul”, a string-powered ballad, and “Foggy Field”, whose beginning sounds like an acoustic-guitar music box. The lullaby-like number offers a glimpse into Jaffe’s soul as she sings, “Some dreams make you feel lonely/But only for a moment/Only for a day/And a day is only a fragment.”

Such emotion is the string connecting the album’s 13 songs, which don’t quite feel cohesive but never fail to surprise. For instance, from “Foggy Field”, Jaffe jolts her listeners with “Sucker for Your Marketing”, a gritty track she wrote the day she purchased a bass and drum set at a pawn shop. It’s a sonic cake layered with violins, a viola, a cello, drums, and piano. Later on, she morphs the same set of instruments into a completely different sound on “Hooray for Love”, an ironically gloomy track that conjures images of Jaffe in a Florence Welch dress, haunting her audiences with Flo-like vocals that dance over an eerie piano.

The 24-year-old treats her music as people her age tend to treat their lives – trying things out just for the hell of it, and perhaps for the story.