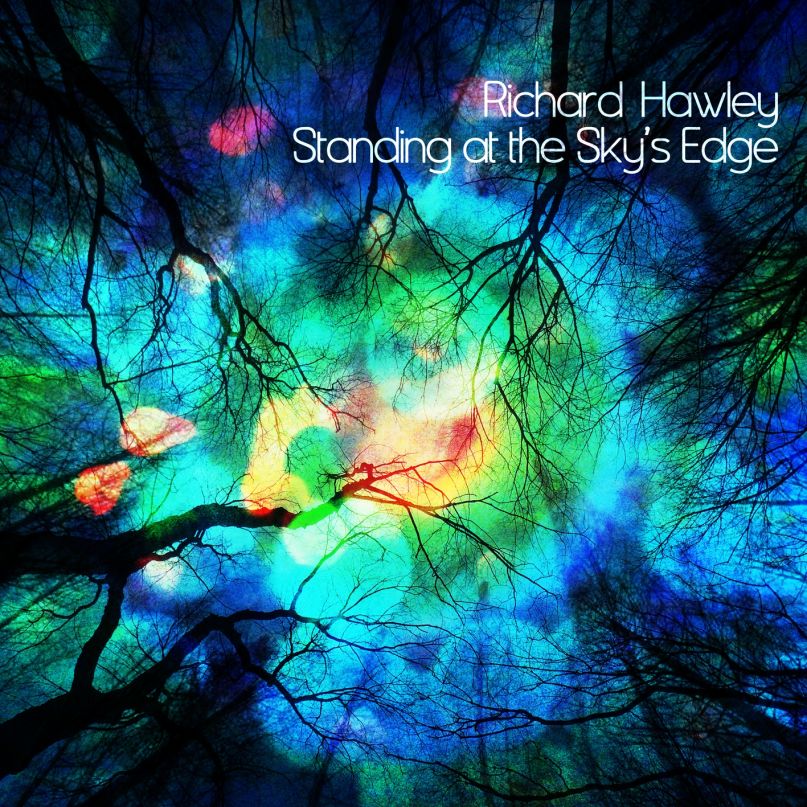 After the high-water mark of 2009’s Truelove’s Gutter, Richard Hawley has returned with something completely different in Standing at the Sky’s Edge. That’s hardly a surprise, as the Sheffield, UK, artist tends towards the admirably off-trend. The rockabilly romanticism of Lady’s Bridge gave way to Truelove’s tender heartache, and now with Sky’s Edge, Hawley seems to have landed spiritually in the late 60’s. Here the guitar is king, psychedelic, overdriven, and ringing with potent anger. The overall sound is in some ways richer than its forerunners, but corralled by its guitar, bass, and drum core, the raw bursts of spacey lead guitar and sonic effects carry real impact.

Like most of Hawley’s offerings, the record title references an area of his hometown of Sheffield. Less romanticized than its predecessors, the Skye Edge neighborhood is more noted for its checkered history, gang culture, and social problems. Set on the outskirts of the city in an elevated position, it also acts as a conduit for the narrative themes running through the record. Hawley is making political points as he considers damaged lives, the destructive nature of blind religion, and the legacy owed to children. But he is also reaching out to the cosmos, glorifying it musically while indicating our insignificance in it, denying any sense of a greater scheme behind it.

The first minute or so of the seven-minute opener, “She Brings the Sunlight”, scarcely prepares for the maelstrom that follows. Sitars and strings weave a deceptive magic before waves of distorted guitars and sonic drones hit. Hawley’s clear eulogizing of his loved one is masked by reverb to match the waves of instrumental intensity the singer-guitarist unleashes. “Down in the Woods” is a particularly impressive piece of elemental rock that reflects its back-to-nature theme, followed by a mellower turn as the softly loping melody of “Seek It” recalls classic 60’s pop.

“Leave Your Body Behind You” picks up the psychedelic baton again, echoing chiming guitar phrases while invoking a carpe diem attitude to counter personal loss. “Before” provides a perfect closer, sandwiching heroic guitar between quiet contemplation. It’s one of many standouts in a nine-song collection that engages body and mind throughout. In a throwaway era, Richard Hawley holds a torch for the craftsman.

Essential Tracks: “She Brings the Sunlight”, “Down in the Woods”, and “Leave Your Body Behind You”.