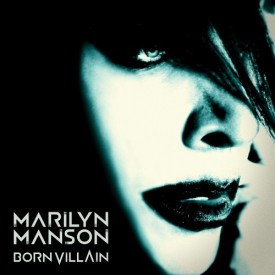 All people are liars. Everyone. This may sound harsh, but it’s irrefutable. It’s one of many unpleasant truisms of life that we all know, but never choose to discuss. The most honest person you know has to lie from time to time – situations call for it. And while there are varying degrees to the significance and frequency in which a person lies, we all do it. An individual’s behavior is naturally connected to the context of a particular setting. Their actions in front of someone they meet at a bar differ from their behavior when introduced to a new co-worker. The topics of conversation you may choose, the jokes you may make range across a broad spectrum, depending on the setting. Deep down, though, you aren’t yourself. Maybe the inner fabric remains, but in reality there’s a level of misrepresentation conveyed in order to meet an end game.

Marilyn Manson, like many artists, has made a career out of lying. And that’s fine. Manson, like everyone else, is trying to reach his end game, something that has alluded him since the early aughts: relevancy. “It’s difficult to say you want to make a comeback,” Manson told Loudwire.com. “Because that’s admitting that you weren’t what you were supposed to be, not what you used to be, but what you’re supposed to be.” On Born Villain, his band’s eighth studio album,  Manson re-discovers his roots, exploring the vintage industrial rock genre that made him matter in the first place. Still, the question remains: Is Manson what fans want him to be, or who he really is?

Born Villain offers much of what is already found in Manson’s catalog, namely hushed intros leading into surprisingly profound lyrics that are dispassionately delivered in the verses, and maniacally belted out in the choruses. But deviation occurs in the newfound versatility in style displayed throughout the record. Manson’s sound has consistently been characterized as industrial rock, but never confined to it, and to his credit, he has always experimented outside the elements with each new release. Born Villain is an aggregation of those tests as opposed to relying solely on one genre, such as glam-rock, which had betrayed him in previous albums. The new kink in the latest release is the addition of a post-punk kick, as on “Murderers Are Getting Prettier Every Day”. This album will retain fans that never left Manson’s side and lure others back who abandoned him earlier this decade. In addition to the musical reach, Manson provides some variety in his lyrics, shelling out dark insights on romantic trauma on “Pistol Whipped”.

Depressingly, Manson has said that he tried writing from his personal life in the two records prior to Born Villain, both of which commercially flopped. In other words, he failed at being honest. “I was in a place where I could not figure out how to deal with being me,” he said later in the interview with Loudwire.com. “Me the person—not me as Marilyn Manson. Sometimes you don’t know how the [expletive] to be yourself, because you’re too confused by the circumstances you’re in. Everyone goes through that…I need to be an outlaw, I need to be a villain, I need to be the person that you don’t want to [expletive] with so people don’t [expletive] with what I do.”

Manson is correct. Coming to terms with who you are is a bridge everyone passes. But artistically speaking, Manson is reverting to his roots as a means for survival, not progress. “The villain is the person who has the chance to change something,” Manson continued. “They might break the rules, but that’s the thing, sometimes if you don’t [expletive] break the rules, you’re not going to save anything, you’re not going to change anything.” So, Manson is a poseur, a “villain” parading around an opaque persona bent on inciting shock from the everyman (and, more importantly, the everyman’s state representative) as proof to his minions that he (and I suppose by proxy, “they”) matter. That said, trading relevancy for regression seems callow and short-sighted.

In “The Gardener”, Manson sings, “I’m not man enough to be human/But I’m trying to fit in/And I’m learning to fake it.” Of course, he’s lying. He is not devoid  of human qualities–he has insecurities and emotional baggage–but not man enough to sing about them in lieu of risking success, and he isn’t learning to fake it. He mastered that craft long ago. Subject matter such as the aforementioned romanticism is refreshing, and maybe that will be pushed to the foreground in future records, but it only appears in spurts on Born Villain.

“I now feel like I’m in control of my life,” Manson said in an interview with NME. “Before I was unhappy and when someone is unhappy, it’s because they’re not in control of their life. I’m not a masochist. I’m simply into trying to enjoy what I do, because otherwise there’s no point.”

Manson is okay, just don’t ask him to sing about it.