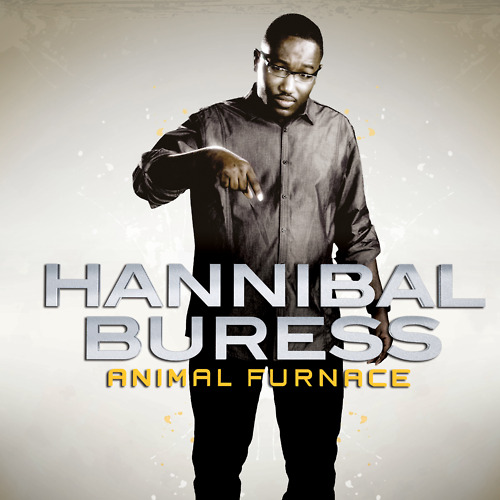 Animal Furnace finds Buress more conscious than ever of his own strengths. There are predictably hilarious, anecdotal ramblings on the joys of apple juice and the dangers of Facebook messaging, but there are also fresh takes on well-trodden comedic subject matter like airplane travel and hands-free cell phones. He’s particularly fascinated with human communication, whether it’s a colloquialism like “ messed up on so many levels” (“For real”, Buress asks, “why don’t you name the levels?”) or an Odd Future lyric like “kill people, burn shit, fuck school (“doesn’t it seem like they’re getting more reasonable as they go along?”).

But if there’s a notable shift between Animal Furnace and My Name is Hannibal, his first album, it’s a quiet commitment to tackling “the real issues.” Buress rarely foregrounds race in his act, but in Animal Furnace he’s mistaken for an elevator operator, questioned by security at the very theatre he’s performing in, and commended for providing “diversity” to a Midwestern college campus. He’s confused by “holy-ghosting,” and wonders if he can turn it into a dance.  He’s skeptical of cancer charity benefits, and when he’s going through a hard time, he’d rather someone make him a sandwich than pray.

But ultimately Buress is self-reflective, if not self-conscious, of his ability to find humor, and drama, in the mundane: “I’m the Lenny Bruce of grocery store and moustache humor,” he boasts, and he seems quite content with that title.