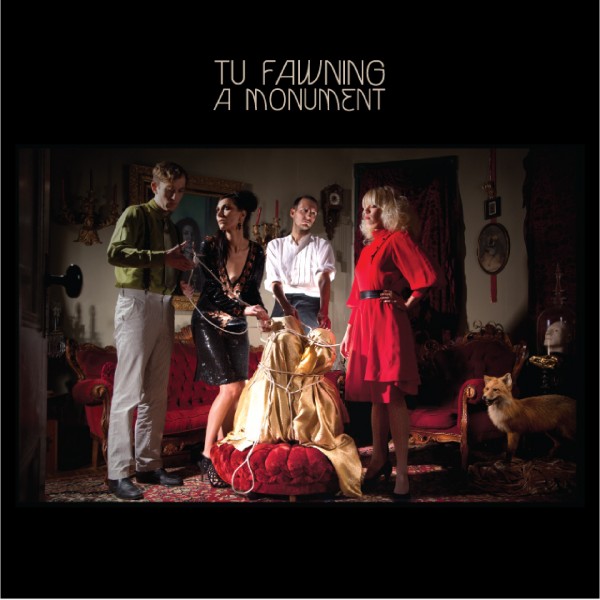 Corrina Repp and Joe Haege (31Knots) first came together as Tu Fawning to pursue collaboration outside of the boundaries of their respective projects. On May 15th, Tu Fawning will release its sophomore album, A Monument, via City Slang, building on top of the collaborative spirit the duo began with 2010’s Hearts On Hold.

According to a press release, Repp and Haege expanded the creative dynamic to further include members Liza Rietz and Toussaint Perrault. The foursome then moved beyond the sample-heavy tunes of album #1, “using synths more heavily yet with no intent of making synth or electro music.” Avoiding genre tags was part of the outfit’s ultimate goal of crafting a record that focused on “timelessness, meaning we wanted to capture a feeling that someone listening to it couldnt easily pin down the era its from.”

Album opener/lead single “Anchor” accomplishes that goal and so much more. Mixing influences from ’80s R&B to New Wave and even some South American flavor, the track’s a whimsical journey through some old, lush forest, with Repp’s immense, romantic vocals leading the way. Stream it below (via Paste), followed by the album tracklist.