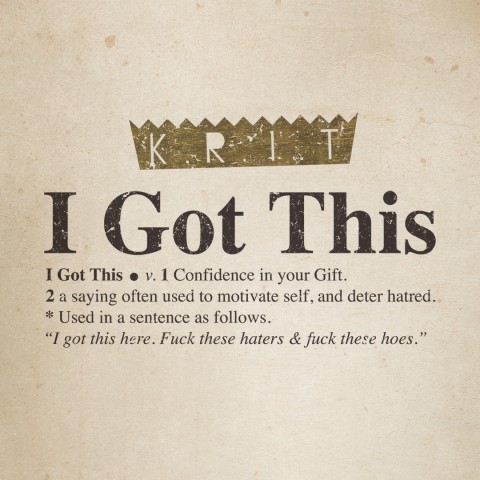 Big K.R.I.T.  just keeps on hustling in 2012, with several performances at SXSW this year, plus the release of one of one of his best and most introspective mixtapes to date. The Mississippi rapper takes a different step with “I Got This”, a new single dropped during Shade 45’s Toca Tuesdays (via Rap Radar). There’s synths from west-coast c. 1992, drum ‘n’ bass from the south, and a hook that’s the equivalent of a shout chorus. It’s brash, it’s big, but it’s still K.R.I.T. Check out the track below.

K.R.I.T.’s debut LP, Live From the Underground, is due out sometime this year.