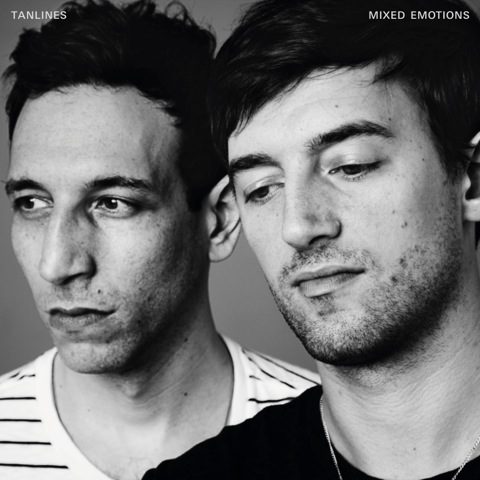 Their song “Real Life” has been floating around since 2010, but with Mixed Emotions, Tanlines finally have an album’s worth of material. Vocalist and keyboardist Eric Emm pairs well with multi-instrumentalist Jesse Cohen, and throughout their debut they manage to blend some dance floor-worthy pop gems with the sound of the ‘80s in a way that differentiates them from the many others who have gone that route.

“All of Me” and “Yes Way” position Tanlines as a dance party-starting band in a vein similar to that of Vampire Weekend channeling Paul Simon’s Graceland – but don’t let that fool you. The rhythms are never drenched in Afro-pop; instead Tanlines successfully insert these types of rhythmic complexities over drumbeats that are rooted in club music. Hand claps and thick synthesizers propel the songs into, dare we say, summer playlist territory, and Emm’s melodies will earworm their way into your heart.

With hard synths and buoyant African-style drumming, “Real Life” sits as an apt focal point for Mixed Emotions. The longstanding unofficial single also highlights Tanlines’ unabashed enthusiasm, which is hard to deny. It’s this same kind of sound and attitude from which the addictive “Cactus” is born. On the whole, however, there are moments when you wish they’d go as all out as they do on the previously mentioned tracks, but there’s a certain subdued feeling (or is that indecisiveness?) that rears its ugly head from time to time.

Still, Mixed Emotions plays like a great debut. It’s a fresh use of recycled-sounding ‘80s influence, which is hard enough to accomplish these days in itself, and it finds Tanlines further developing their sound into something all its own amid melancholic lyrics that show hints of maturity.