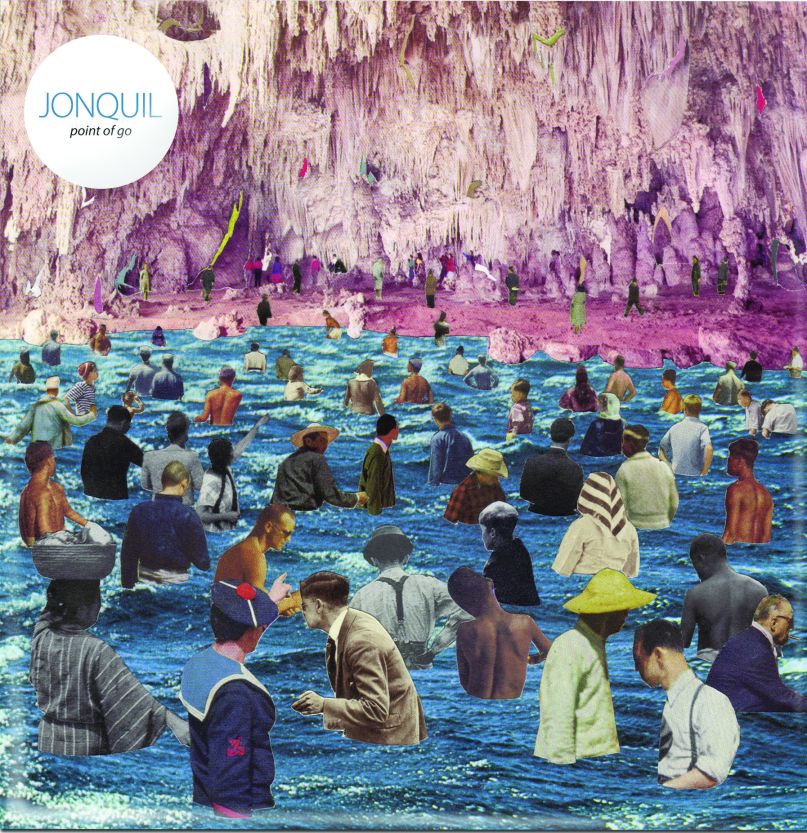 Just try and listen to “Run” from Oxford, U.K., band Jonquil‘s new album and not feel like a champ. Or “Getaway”. Or “Swells”. Or hell, most any song on Point of Go. It’s hard to think of another indie pop record this thoroughly uplifting and bright since Vampire Weekend’s debut. They’re not a new band, but their first handful of releases flew by mostly unnoticed; how the hell have these guys not made a bigger splash in the indie web-o-sphere?

Jonquil’s frontman isn’t really a stranger: Singer Hugo Manuel is better known by solo moniker Chad Valley. His falsetto crooning is the star of this show, and it’s a perfect fit for their elating calypso-pop. Manuel hits the sort of high notes in “This Innocent” that Morrissey did in The Smiths’ cheerier numbers, holding these long highs over soft electric organ and twinkling guitar arpeggios.

The album’s title is pulled from a two-track suite “Point of Go (Part 1)” and its follow up, “Point of Go (Part 2)”, that builds from a wistful, vocal rumination on the past to a shimmering, futuristic swirl of synths and vox. The album’s standout track, “Run”, rolls out with punchy piano chords and driving percussion that kick up the album’s momentum at its midpoint. The whole record manages to pull off a very retro feel without any of the cheeky nostalgic posturing that sometimes comes with that. (One of the best comparisons might be XTC’s throwback side project, The Dukes of Stratosphear.) Somehow, Jonquil’s new record is able to subtly pull from the entire gamut of indie-minded rock, from ’60s garage-brewed calypso to jangle and dream pop.

Point of Go is a big surprise, a feel-good pop-rock album that comes out of nowhere and brims with an excess of positive energy. This album is pure indie pop sunshine.