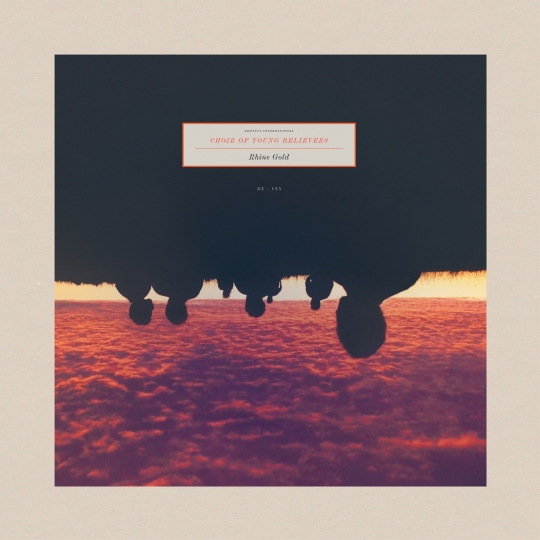 On Choir of Young Believers’ debut, This Is for the White in Your Eyes, it wasn’t clear whether the album’s symphonic sounds would eventually get out from underneath Jannis Noya Makrigiannis and company. For the outfit’s sophomore record, Rhine Gold, they address that concern by switching their sound up almost entirely.

The folksy strings are now infused with a distinctly ’80s-inspired aesthetic, resulting in ultrapoppy cuts like “Nye Nummer Et”. The track features punctuating strings and a jangly, rollicking guitar line, creating a Lindsey Buckingham-esque nugget. Makrigiannis’ vocal performance is a new beast, aching with the same regret but in a more straight-ahead crooner style. There are bits of pub rock guitar and New Wave theatricality thrown into the mix to create one of the more simplistic love songs in the band’s arsenal. Lyrics like “I fall in love with this city, I fall in love with this band/I fall in love out of pity, I fall in love out of hand,” represent serious growth and lethality for Makrigiannis.

It simply wouldn’t be a COYB record without some of that old symphonic forlorn, now more experimental and out there than ever before. “Have I Ever Truly Been Here” is as ambient and desolate as a ghost town, Makrigiannis’ voice fighting to be heard over the waves. Guitars unfurl like running rivers, while random string stabs connect to the uncertainty of the title. The true experimental gem here is “Paralyse”. Clocking in at about 10 minutes, it shows real appeal when it tears away the veneers of romantic New Wave rock to reveal sweet, folksy interludes surrounded by bizarre tape looping. It’s a profound bridge between LPs that nonchalantly consumes every ounce of your attention.

In “The Wind Is Blowing Needles”, Makrigiannis howls, “Oh, how I long for something different.” With this record, he and his choir may very well have found that desired breath of fresh air without abandoning the immensely solid groundwork of album #1.

Essential Tracks: “Nye Nummer Et”, “Have I Ever Truly Been Here”, and “Paralyse”