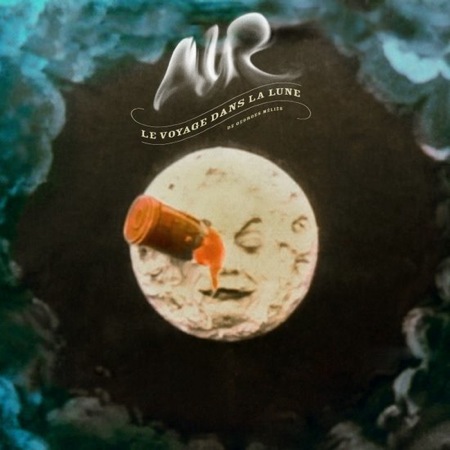 In May of 1996, the Smashing Pumpkins unveiled the end result of three days’ filming — a music video for “Tonight, Tonight”, greatly inspired by Georges MéliÃ¨s’ silent 1902 science-fiction film landmark, Le Voyage Dans la Lune (A Trip to the Moon).

In 2011, a colored and restored edit of MéliÃ¨s’ original masterwork was made widely available to numerous festivals. French electronic music duo, Air, taking inspiration leaps forward, would soon produce an appropriate sonic companion so ethereal, any selenographer worth his weight in space could essentially disappear inside of it. Today, we break out the monocles and telescopes for an intimate peek.

Opening at the Portishead-esque “Astronomic Club”, every moment set to wax feels as if trip-hop procreated with jazz and an antique harpsichord.  One dark room and one pair of good headphones later, we become voyeurs to fragile symphonettes translated by computer, transmitted toward the heavens, as seen through steam-punk goggles and Victorian dust.

Le Voyage Dans la Lune could be a love song to early moving pictures, as much as the cover art to Mellon Collie was a feast for our eyes. What truly identifies this album is universal applicability, a central concept even casual audiophiles can savor. Simply picture terrestrial life thrust into a cold and unexplored nothingness, crashing headfirst into the face of discovery and naivety, accomplishing virtually anything with mere imagination. If our species can extract 30 minutes of auditory euphoria from a 14-minute silent film reel over a hundred years old, then what else is possible?

We did, after all, eventually walk on the Moon.