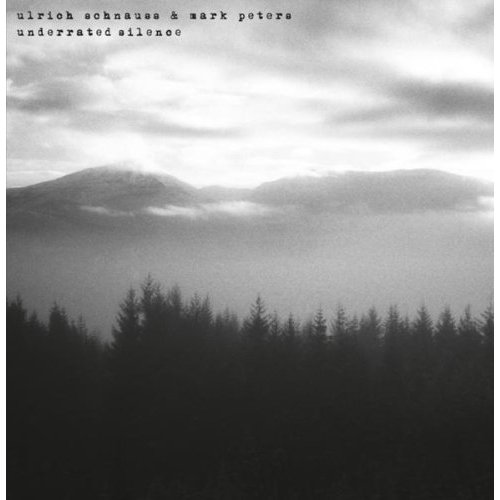 Ulrich Schnauss has made quite the name for himself over the years in the swirled world of shoegaze thanks to his own electronic contributions to the genre and also his remixing of fellow dream chasers such as Asobi Seksu, Mojave 3, and Airiel. In addition to his wide range of solo efforts, Schnauss has also been a keyboardist for dream pop outfits Longview and Engineers. Prior to the release of his upcoming solo LP A Long Way to Fall, Schnauss also recorded Underrated Silence, an album with Engineers bandmate Mark Peters.

Can you judge a book by its cover? Maybe not, but what about an album title? Underrated Silence is a decidedly telling one. In the world of Schnauss and Peters, less is more, so Underrated Silence eschews fuzzed-out guitar distortion and even traditional song structure for a more delicate approach. “Long Distance Call” begins as an ambient piece that is more akin to Eno than Shields but builds towards a massive finish of sparkling synths and barely there vocal coos with the wistful power of vintage M83.

Schnauss and Peters give every track its own identity on Underrated Silence, with uptempo excursions provided by the funky “Gift Horse’s Mouth” and hypnotic “Forgotten”. Peters’ guitar work evokes Robin Guthrie and makes Schnauss’ electronic soundscapes even more atmospheric, as it shimmers to the point of sounding too unworldly to actually be a guitar on songs like the title track and “Amoxicilin”. Underrated Silence is exactly what we have come to expect from an Ulrich Schnauss album: It’s ambient electronica that exudes shoegaze impressionism that is also as effective as ever. In a time when Anthony Gonzales has switched to the 80’s synth pop craze, both kinds of consistency are more than welcome.