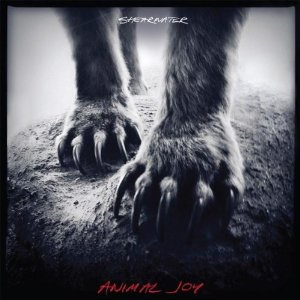 An emotionally validating and creatively ambitious trio, Shearwater will make you question why you bother listening to anything but the epic, gutsy music found on Animal Joy, the band’s first record since jumping from Matador Records to Sub Pop. Led by former Okkervil River drummer Jonathan Meiburg, alongside bassist Kimberly Burke and percussionist Thor Harris, the trio tosses musical Hail Mary’s and nails it almost every time, producing a record that’s life-affirming in its grandiosity.

The title track kick-starts this theme from the get-go, which should demonstrate even to Shearwater neophytes and skeptics that the band can build tension in a song better than most of their peers. Meiburg’s wail of “liiiiife” culminates the song’s gradual crescendo into a spine-tingling moment.

And that voice. Meiburg’s regal, commanding baritone sounds like it should be attached to the lead in The Phantom of the Opera. There’s maudlin regality to spare between the two, belying the album’s title. To be fair, Meiburg has inched away from the wistful sorrow and themes of his recent Island Arc trilogy (2006’s Palo Santo, 2008’s Rook, and 2010’s The Golden Archipelago), and similar to Island Arc, Animal Joy would make a fitting soundtrack for a nature documentary.

Though Meiburg eschews the academic approach of past Shearwater releases and opts for more visceral tracks like “Immaculate” and lead single “Breaking the Yearlings”. There’s plenty of longing and nostalgia here, as well. “You As You Were”, the record’s best track by a country mile, drips with it, recalling “Seventy-Four, Seventy-Five” from Palo Santo, with its gorgeous grand piano drone. “You As You Were” begs to be put on repeat, chugging along mightily with an unstoppable groove supported by percussionist Harris. “I am leaving the life,” Meiburg chants like a prayer, or perhaps a promise. You never want the song’s groove to end; you never want to stop hearing Meiburg’s voice.

Apart from influences emanating from indie-label lifers Swans, Low, and the late Vic Chesnutt, Shearwater can only be compared to itself. In an indie-label world too often beset with meek frailty, listeners content to settle for mediocrity deserve more “joy” – the sort that makes the spirit weep through intense catharsis.

Essential Tracks: “You As You Were”, “Animal Life”