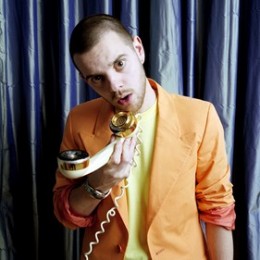 UK rapper Mike Skinner certainly has been productive since ending his famed project The Streets early last year. In addition to providing a movie soundtrack and forming a new band, he’s written a book. As Exclaim points out, Skinner wrote The Story of the Streets with author Ben Thompson to chronicle his experiences under the rap moniker. Slated for hardcover release on March 29th, 2012, the memoir clocks in at 352 pages and already has a listing on Amazon.co.uk. No other details have surfaced so far, except that the book has photographs because, according to Skinners Twitter, the wife said I had to.

Below, check out The Streets’ video for “Going Through Hell” of the project’s fifth and final album, Computers and Blues.