I can review your album…in 140 characters or less 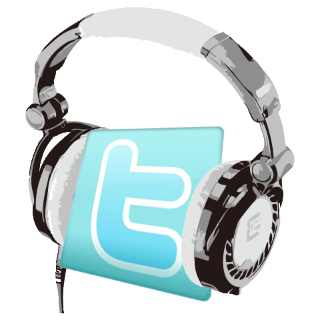 On Wednesday morning, Spin announced they’d be shaking up their format, slimming down their album reviews by introducing @SPINreviews, an exhaustive project that essentially mimics Christopher R. Weingarten’s 2009 Twitter project of reviewing 1000 albums. But, it’s kosher, simply because Weingarten’s the one behind this. To quote the acclaimed Senior Editor, who wrote the announcement himself, “Within the confines of a 140-character tweet, we’re hoping to take on more than 1,500 new records this calendar year alone, all reviewed by our eight in-house editors and a team of a dozen valued freelancers.” Somewhere in a stuffy coffin, Lester Bangs is beating his hand to a bloody pulp.

Okay, it’s not that bad.

Maybe I’m partial to the more comprehensive review; not just 140 characters. Purist be damned, but there’s something about digging deep into songs, crafting arguments, and uncovering truths that may or may not even be there. These are the core fundamentals of a review. I’m really not sure that stuff’s going to be there in 140 characters.

Instead, we’ll be at the risk of the basic constituents of a tweet: funny quips, self-indulgent jokes (which only work occasionally in a review to begin with), a dollop of .50 adjectives, and chewed up summations. The latter even more perilous than the formers. Who wants to be summed up? For those of us who still remember physically shopping for entertainment (e.g. at mythical museums like Blockbuster Video, Sam Goody, and Borders), don’t you recall scoffing at the staff recommendations? Those irritating two or three lines that spent more time on convincing words than actual arguments? It’s something to think about.

“Thankfully, this new plan also means no more overwrought 80-word blurbs on middling, nobody-cares bands where a grade of “6” or a “7” ultimately translates to “Hey, this exists; and it doesn’t totally blow!”” Weingarten continues. This opens the door, according to him, for more coverage on mixtapes, major-label records, Bandcamp releases, and box sets. Okay, I can buy that. Trust me, the number of e-mails per hour that arrive sporting links to Bandcamp pages actually have me paying for storage on Google. Oh, humbug. In hindsight, though, isn’t a simple tweet doing a slight disservice to the acts? Or even the media itself?

Chew on this: Nobody pays for music, now publications will tweet the majority of their reviews? What’s next? We’re going to insist bands play our birthday parties for free? Hey, I’m all for this “revolution in music,” but at some point, one needs to sit back and realize art is hard. It’s a bitch. Yet we consume it like a meth addict who’s been stuck in an attic all day with Walter White. Dare I throw the word “entitled” out there? To support his case, Weingarten argues that Spin will tackle more reviews. Wonderful. What about the argument that it’s a slightly glossy substitute for skimming? What about the old adage that it’s quality over quantity? Do we sacrifice one for consumerism? Isn’t that, like, I dunno, “buying in”?

In the end, it’ll take a skilled bard to draft up a convincing 140 character argument. Clearly, Weingarten has been successful at this; after all, he branded the idea. It’s a good one; however, it’s always felt like more of an alternative rather than the full practice. Oh, here’s one other concern: Will the other writers be as sharp? Arguably, a lazy review bubbles up from time to time. This usually happens when pressed for publication, or if a writer’s just fucking lazy. Not saying that will happen, but…

To be fair, Spin still plans on publishing standard reviews (“a viable and under-appreciated medium in any year”, he suggests, thank god). There’s just only going to be 20 of them per month, and those really good ones will receive a tag that says, “SPIN Essentials.” So, there’s that. Though, that’s sort of like when FAO Schwartz went out of business, only to let little pop up stores open in the malls during special occasions – you know, to keep the idea alive.

Purist be damned, indeed. I will admit that the idea is intoxicatingly enviable. Could you imagine listening to a Sonic Youth album* without having to add any context? Or, writing about a new band without having to make the connection to half a dozen demos by Avey Tare? Even now, as I’m spinning the new Cloud Nothings album, I’m tempted to put together a 140 character tweet. What would be the point? This format has already been claimed. It’s Spin‘s thing now. Anyone who’s truly angry is just upset they didn’t start doing it ages ago; or, they’re just a purist. The disguise is optional.

* – I’m fully aware the band might not be around to do that anymore. I’m in denial. Whatevs.edu