“Break a leg! No, really!”: Or, what I learned from my weekend with Lana Del Rey and Tim Tebow 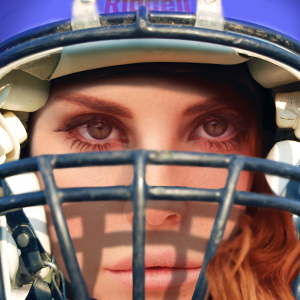 On Saturday night, the NFL equivalent of Joel Osteen, aka Denver Broncos quarterback Tim Tebow, delivered a career-assessing game in New England against the Patriots, ending 9/26, throwing for 136 yards, with only five runs for 13 yards. Don’t even look at Tom Brady’s stats; it’s pretty painful. However, he wasn’t the only one fumbling that night. A scant two hours later, Lana Del Rey took over trends with her Saturday Night Live performance. Starting off with last year’s scorched earth single, “Video Games”, Del Rey fiddled with her pitch half a dozen times within each verse, resulting in one of the show’s most awkward performances in recent memory. And although she improved later on with “Blue Jeans”, you couldn’t even hear the performance over all the insufferable chatter on Twitter. So, yeah, it was a pretty intriguing night.

I’ve always been fascinated with accidents. I’m the son of a bitch you kick and scream about in gridlock traffic–the guy you swear you aren’t as you pass by the same accident, letting your own curiosity take over. This sort of reasoning explains what I’ve long dubbed the “great tragedy at the fair” in my memory banks. I was 15, I attended the horrifically pathetic Broward County Fair, and I came across a decrepit, hand-painted sign that read, “World’s Smallest Woman.” Naturally, I paid the five dollars, and less than two minutes later, I ran out ashamed, distraught, and dirty. (No, I won’t go into details.) I kept asking myself, Why did you want to see that? What was in your head, Mike? Simply put, it was an oddity, an ugly crack in a relatively clean surface, and I couldn’t resist. There’s a great line in Christopher Nolan’s Inception that comes to mind here. In one of the film’s blatant expositional exchanges of dialogue, Joseph Gordon-Levitt says to Ellen Page, “Okay, this is me, planting an idea in your mind. I say: Don’t think about elephants. What are you thinking about?” It may have been a shitty sign at the fair that day, but it triggered an impulse in me that screamed, “I need to see it to believe it.”

Our era is a spoil of riches in that field. Between YouTube, TMZ, and The Huffington Post, it’s almost impossible to avoid accidents and oddities. Did you see that cruise ship topple over recently? To me, it was like a found footage remake of Titanic. Now, before you get all up in arms about that statement, know that I’m fully aware of the tragedies that took place there. It’s downright awful what happened to those people, and I truly hope everyone else is safe. Having said that, do I want to see more footage of the toppled ship? You bet. Once again, it goes back to my innate nature. Hell, I don’t even watch Jersey Shore, yet I’ll click on headlines with photos of Snooki’s weight loss. Why? Three reasons: I love before and after shots*, once I’m hooked, I need to see the results, and it only took a click. That latter part is probably the strongest of the reasons. The utter accessibility makes it all too difficult not to be interested. With ease, I can see the car crashes that used to take 45 minutes in stuffy traffic to reveal themselves (see: the countless Fail Compilations on YouTube). Yes, it’s sick and immoral, but when there are countless around-the-clock news teams out there fully devoted on capitalizing on this lust for the shocking, how can you avoid it?

So yeah, Saturday night, to keep in tune with Tebow, was a miracle. Just by sheer happenstance, you had two polarizing, media-constructed diamonds shatter to pieces on national television. For the past few months, Tebow has been the NFL’s cash cow, especially for ESPN, a network which capitalizes on controversial figureheads, and which had been starving for one since the end of the NBA Finals last year (i.e. LeBron James). In fact, prior to the weekend’s festivities, they even published a reader-friendly, semi-charming editorial titled, “I believe in Tim Tebow”. They had every reason to take advantage of those numbers. Tebow, with his open door policies on religion, had the nation up in arms, the stores running wild (like LeBron, he also sold millions of jerseys), and all eyes on the field. His charge against the Tom Brady-led Patriots was headline gold, even though, in hindsight, its outcome was quite predictable. Everyone knew that Brady would topple the younger Tebow, and it was that proposed outcome that drew the millions in. Personally, I wanted to see if the underdog could pull a Thomas the Tank Engine-like feat and trump New England; however, I’m sure it was the whole bloodbath thing that snagged everyone else – to each their own, I suppose.

Then there’s Del Rey, the indie starlet that’s been shaking up the music industry since autumn of 2011. Whether it’s the assaults on her collagen injections, the obsession with her former life as Lizzy Grant, or the endless arguments over her credibility, she hasn’t had it easy this early in her career. The most basic debate: The music’s good, but is it authentic? This argument has gotten so out of hand at times that one could idiotically label it the Roe v. Wade of the music scene, and, really, how ridiculous is that? What’s even more perverse is that we’re still two weeks away from her debut LP, Born 2 Die. Yet similar to Tebow’s dance with Brady last night, Del Rey’s performance on Saturday Night Live drew plenty of eyes, all with the anticipation of seeing her fail.

And fail they did.

In retrospect, I could blame the Broncos’ offensive line for Tebow’s performance or a case of shaky nerves for Del Rey’s, but it doesn’t matter. Why? I’m not thinking about the context. In these situations, context hardly matters. I think that relates to anyone who is intrigued by the faults: You only need to see the accident. On Saturday, we witnessed two. Yet despite this, my personal intrigue felt ill-advised, and after adding my own lame ass tweet on Del Rey, I scoured through remarks made by others, quickly loathing my decision. Insult after insult, all stockpiled together like minced meats in a butcher shop, became a meaningless blur within seconds. So, this was what we all waited to do? At that point, I just didn’t care anymore; I had moved on.

As a die-hard cinephile, I can’t help but relate this moment of clarity to that scene in Indiana Jones and the Temple of Doom, where our favorite archaeologist is fully consumed by the evil of Mola Ram and his Thuggee culture, all thanks to a cup of spiritualized blood. During his trance-like state, Indy lowers his potential lover–ahem, Willie Scott–into a pit of molten lava, and he even whips Short Round. It’s not until the future Goonie burns our hero with fire that he wakes up. Once he does, though, Indy’s aghast at what he’s been doing. Admittedly, it’s pretty pathetic to relate my realization on Saturday night to a random childhood classic, but it’s far more pathetic to sit around waiting for people to trip and fall. Hey, at least I know I won’t be holding up traffic anymore.

* As a former fat kid, you really never get over those. It’s candy to us.