Rookie of the Year: The Weeknd 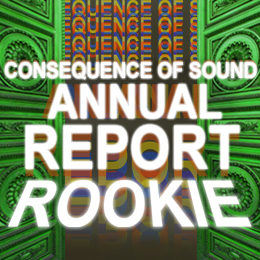 It was a landmark year for many genres, but nowhere was there a more noteworthy resurgence than in the world of R&B. Ipso facto, there was no stronger rookie of the year than the unsung leader of the R&B revolution, Abel Tesfaye, aka The Weeknd.

It’s always fun to write about a “true freshman,” and by that we mean someone who surfaced this year. The number of times that we get bombarded by popular media with a new class of “freshmen” is far too high. The reality is that a large percentage of those freshmen have actually been in the game for a long while and apparently redshirted their first season (Lana Del Rey, Bon Iver, according to The Grammys). So, to talk about someone as brand new to the game as The Weeknd is a fantastic breath of fresh air.

The briefest of brief backgrounds: The Weeknd is a hip-hop and R&B artist based out of Toronto who began releasing his music independently in late 2010. House of Balloons, his first mixtape, received critical praise across the board (and Drake’s Twitter endorsment didn’t hurt). Its dark, thematic material of self-indulgence and wicked emotion is so cutting that it almost makes you want to hop in a bath and rid yourself of the grime after listening.

Until late July, Tesfaye remained a recluse for the most part, a name without a face. His live debut was a massive eye-opener for critics and fans alike. The Weeknd was not only a real human being, but an extremely talented real human being. Despite being visibly nervous and lacking vocal confidence at a few points, his performance at Mod Club in his hometown of Toronto only further verified that we were dealing with a bona fide prodigy.

The Weeknd’s violent viral spike eventually led to a blossoming musical relationship with fan and fellow Toronto native Drake. Shortly after his first-ever performance, he released Thursday, the second mixtape of a planned trilogy to be released within the year 2011. The self-released Thursday received over 180,000 downloads in its first day of being released, causing a major server crash for XO Records. The mixtape included a surprise (to many) guest spot by Drake on “The Zone”, which was baffling at the time. What exactly did a relatively established, formerly crippled, Young Money Sprite cyborg have in common with a 21-year-old crooner making music out of his basement? A great deal, apparently.

The Weeknd feat. Drake – “The Zone”

“The Zone” remains a solid Weeknd song, but the real beauty of the track lies at the 5:15 mark, when Drake drops one of his most potent verses to date, forging the connection between himself and Tesfaye. As Drake began to solidify and release the details of his forthcoming sophomore effort, it was revealed that he’d been hard at work with The Weeknd acting as a frequent sidekick. Tesfaye appeared as a musician on Drake’s Take Care twice but was given writing credit on five different tracks, making him the third-most-credited individual on the album after Young Money producer Noah “40” Shebib and Drake himself — no small deal given that Take Care sold 631,000 units in its first week.

We have yet to hear anything wildly conclusive from his forthcoming trilogy-closer, Echoes of Silence, still slated for release this year. But if Echoes does anything close to the damage of House of Balloons or Thursday, we’re in for a trilogy of Lord of the Rings proportions.

Perhaps The Weeknd isn’t exactly the face of the R&B resurgence. That distinction may go to any of a half-dozen smooth stalwarts – How to Dress Well, Active Child, Frank Ocean, The-Dream, or the most likely candidate, Drake – but it’s one that rightfully belongs to Tesfaye and his Weeknd project. It’s hard to believe that any of the aforementioned artists would have been so fervently received were it not for the captivating bravado of The Weeknd’s dark, daring falsetto.

Do you think Drake would have even attempted to hit some of those high notes on Take Care were it not for his friendship with Tesfaye? Probably not. Would listeners have been as open to hearing acts like How to Dress Well or Active Child were it not for their tried-and-true Weeknd? Doubtful. It takes a talented, audacious individual to pave the way for not only himself, but for a slew of other talented artists. And to do that as a rookie? Well, that makes The Weeknd one of a kind.