Update: Radiohead to release “The Daily Mail” and “Staircase” on December 19th 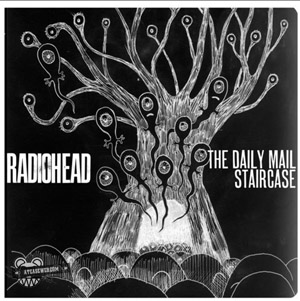 “The Daily Mail” and “Staircase”, two unreleased Radiohead tracks from The King Of Limbs sessions, will be released on December 19th, according to an issued press release. Both tracks were recorded as part of the band’s in-studio performance The King of Limbs: From The Basement, filmed earlier this year, and can be pre-ordered now in mp3 and WAV formats.

Right now, you can stream 30-second snippets of both tracks at Amazon.co.uk.

As previously reported, The King of Limbs: Live From the Basement will be released digitally through iTunes on December 19th, and on DVD and Blu-Ray in the U.S. on January 31st. Below, you can watch clips of both ”The Daily Mail” and “Staircase” taken from set.