Check Out: Metallica – “Just A Bullet Away” 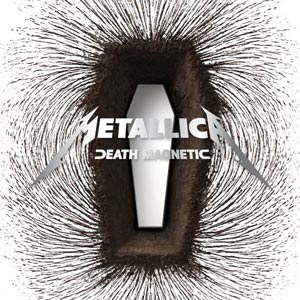 Earlier this week, we brought you an unreleased demo from Metallica’s Death Magnetic sessions. Here’s another. As Blabbermouth points out, a track titled “Just A Bullet Away” was recently emailed to members of the band’s fan club, and you can stream it below. Says the band of the song:

“We’re pretty excited to be bringing these songs back to life nearly four years after they were recorded. Once again, this is the unpolished version of the song… the original rough mix from March of 2008 in its rawest, untouched form.”

The track was also performed by the band during the second of an ongoing four-night stand in San Francisco this week. As previously reported, the shows are part of Metallica’s 30th anniversary celebration and promise “special guests and events, rare songs, varied set lists, odds and ends, and all the nutty stuff you expect from Metallica fun for the entire family!” On night one, former bassist Jason Newsted joined the band on stage for the first time in over a decade. Below, you can watch a few live clips of the reunion.