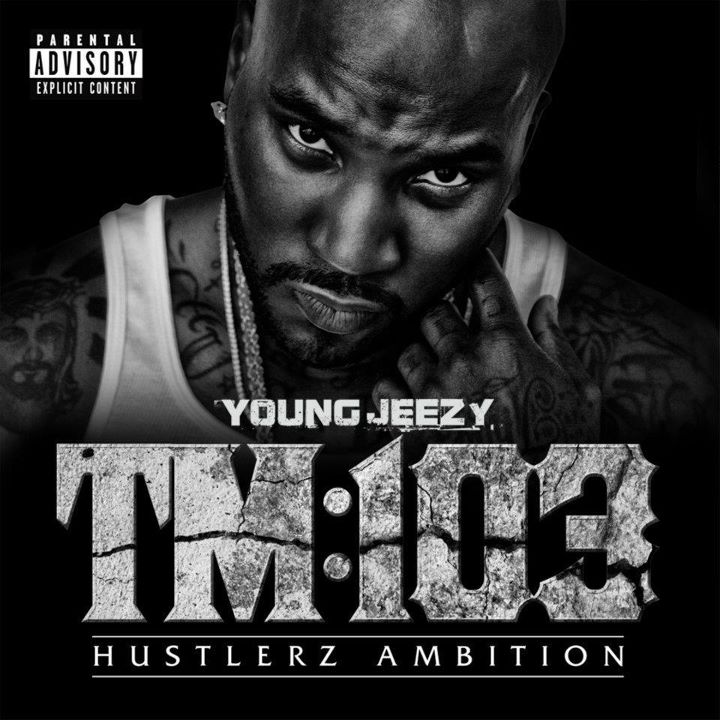 Atlanta rapper Young Jeezy has an interesting role in the rap universe. His latest album, TM: 103 Hustlerz Ambition, recently sold some 233,000 copies and secured the No. 3 spot on Billboard, just another instance of success in the MC’s decade-plus career. Yet the album also shows that even 10 years in, Jeezy is still uninspired musically.

Like other hip-hop acts, usually ones below him in terms of star power, Jeezy’s music is simply serviceable. Take, for example, tracks like the Ne-Yo-featuring “Leave You Alone” and the triumphant-sounding “Everythang”. The former’s grand piano and low-key bass are only slightly less clichéd than Jeezy’s confessions and “heartache” over hurting his girl. The latter is your standard hip-hop rags-to-riches story, told on the back of a beat that’s a hybrid between church hymn and pulsating drum machine blast. There’s some genuine emotional sentiment displayed, but the swagger’s too powerful and everything falls prey to blasé boasts. Of the entire first half, these are the only real “gems”; the rest are unforgettable duplicates of bass overload, bad one-liners, and useless cameos.

Even with the disastrous beginning, the LP does offer some refuge. The Jay-Z and Andre 3000-featuring “I Do” has a hokey gimmick (married to the game, ba dum tssshhh), but Jeezy is charismatic and almost as memorable as his more talented counterparts. The real goods, though, lie elsewhere. In “Trapped”, Jeezy and an especially mesmerizing and forceful Jill Scott unleash years of pent-up frustration and heartache to a Roots-ian beat, complete with a children’s choir and a live aesthetic. “F.A.M.E.” features one of Jeezy’s most self-aware performances (“Your conscience gotcha feelin’ like you done somethin’ wrong/But the flatscreen say motherfucker, we on”). It’s a powerful blend of being emotionally vulnerable and decidedly in-your-face.

Despite its success, this album gives us some idea as to why Jeezy has caught on and also why he isn’t any bigger than he is now. Maybe he’ll finally learn his lesson in TM: 104?