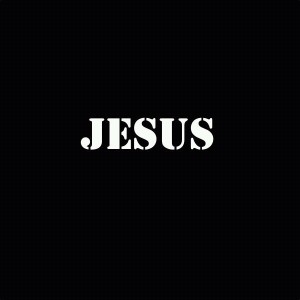 Armed with a political mindset and very un-hip-hop samples from the likes of Justice, Ellie Goulding, and M83, Lupe Fiasco finally delivers the follow-up to 2009’s Thanksgiving Day-released mixtape Enemy of the State: A Love Story. Because he climbed a mountain with Jessica Biel, Friend of the People was delayed; then he battled against Atlantic Records as he was forced to painfully fulfill his contract by releasing the radio-ready studio album Lasers, one that Fiasco hasn’t been shy about voicing his own hatred towards. Now that he’s free from the creative constraints placed on him by money hungry execs who told him how to rhyme, it is (for the most part) a breath of fresh air to have Fiasco calling the creative shots.

Beginning with a soundbite from Howard Zinn, Fiasco sets the stage for anti-government sentiments. The mixtape’s title already makes it clear that he’s not shy about aligning himself with the 99%. We hear Zinn ask, “Why do we have to be a military superpower? Why can’t we be a humanitarian superpower?” Packed with varying degrees of musical choices, those looking for line after line of mind-blowing rhymes may instead be asking, “Why do we have to hear him rap over dubstep? Why can’t we hear him over good old-fashioned beats?”

“Lupe Back” begins with a news clip regarding the Occupy Wall Street protest at University of California Davis, where students were pepper sprayed. Fiasco connects this to the state of the music industry, and at least Nero’s “Doomsday” is well-matched to his attacking tone. However, much of this just distracts from his known lyrical finesse. The same can be said of the title track, which finds him hidden in a rock riff; “Lightwork,” which samples the Bassnectar remix of Ellie Gouldings’ “Lights”; and the poor choice of rapping over a Skrillex song on “Sndclsh in Vegas”.

Fiasco gets more breathing room in “Double Burger with Cheese”, an homage to films like Boyz N the Hood and Menace II Society (over Justice’s “Ohio”, oddly enough), and “Joaquin Phoenix”. The latter includes the head-spinning line, “Flow is in the microwave, call it Michael Tyson flow/Killing is a dirty job, Michael Myers, Michael Rowe/Bring it back like Michael Fox, see how far them Michaels go/I feel like I’m Michael Crichton writing with a microphone.” Now, that’s the kind of mind-boggling, smart rhymes we want and expect from Fiasco.

While he doesn’t nail it in each track, Lupe Fiasco’s daring enough to explore realms your regular chain-swinging rapper is not. Who else out there could get away with both an M83 sample (“The End of the World!”) and a John Coltrane sample (“Life, Death and Love from San Francisco”) and pull it off?