The Decemberists – Long Live the King 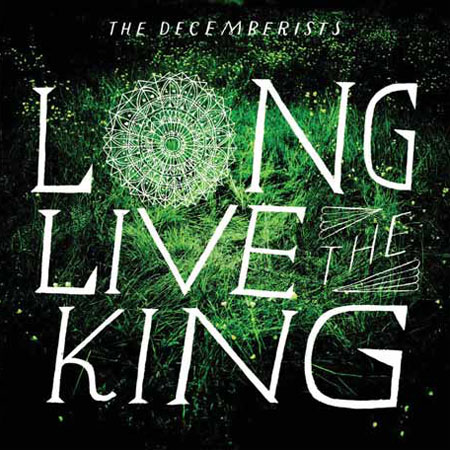 Comprised of five outtakes from the sessions of this year’s The King is Dead and a Grateful Dead cover, Long Live the King, the latest from The Decemberists, catches the band in the midst of their jaunt through the woodsy Americana on which they’ve ridden to the biggest year of their career. Scaling back the theatrics of The Crane Wife and The Hazards of Love may have been the best career move Colin Meloy & Co. have yet made, considering the record’s debut atop the Billboard 200 charts and the success of the ensuing tour. The King is Dead ditched all the band’s former theatrical pomp for jangly alt-folk and a newfound appreciation for a decidedly Neil Young-esque woodsiness.

If this EP’s title is any indication then, the aforementioned stylistic changes the band has undergone of late are a move toward something more enduring– long-lived, if you will– than what they’ve gone for in the past. As on The King is Dead, what’s most surprising here is the conspicuous absence of Meloy’s noted lyrical quirks. Considering that this comes from the same someone who used to regularly churn out songs in excess of eight minutes which dramatically detail an escape from the belly of a whale or tales of shape-shifting forest queens, the shiftless cadences of “Sonnet” and “Foregone” sounds almost lazy.

Musically too, nearly every track here plays rather like a lesser version of one off of The King is Dead: The stomp of “Burying Davey”, for instance, plays like a less memorable take on at least two of Dead‘s tracks. Even the Dead cover comes off as uninspired; the band sounds like they’re having a great time, but the end result is markedly boring. Perhaps it’s best after all then that the band embarks on a “multi-year hiatus”, as announced this past summer, with each band member to focus on their respective careers and side-projects. Then maybe we can hope for another rock opera?