Check Out: Hundred Visions – “Last Cab From Tunis” (CoS Premiere) 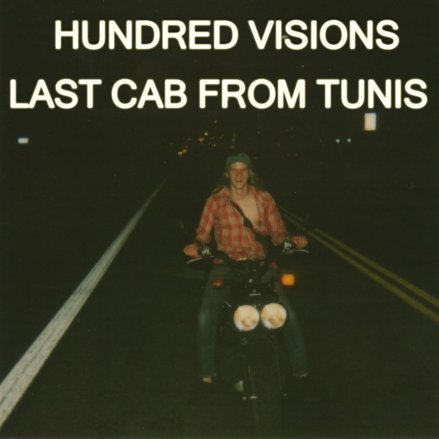 With the rise of lo-fi rock, bedroom composers, and a resurgence of ’50s and ’60s music, lots of bands are pulling from an increasingly similar pool of influences these days. Austin, TX’s Hundred Visions recognize the gritty, DIY appeal of this sound, but swerve into a whole other direction.

Taking sonic cues from bands like the Talking Heads, Television, and the NYC proto-punk scene in general, the group adds a new, artsy sheen to the sea of modern rock acts. Their sound is mostly summarized in “Last Cab From Tunis”, the title track of the band’s debut EP. Like the groups that have come before them, the track loots from the musical junkyard: jangly, jagged drums, giant-sized guitars that sound cracked and warped, and vocals from an emotionally-detached lunatic. In short, the gods would be proud, fellas. Check it out below.

Hundred Visions’ three-track EP is available for download on Bandcamp. The band will also make their first appearance at the CMJ Music Marathon this week; check out their entire schedule below