Future Islands – On the Water 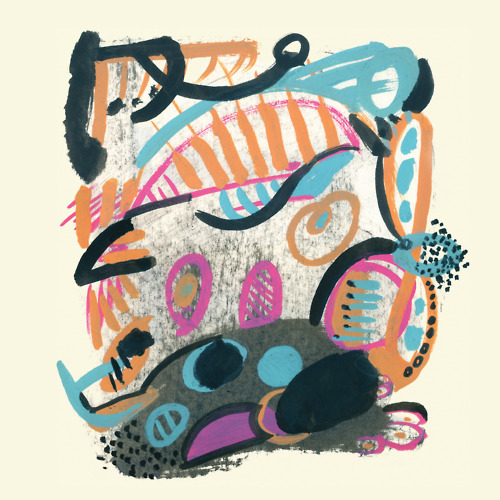 Around 2008, Future Islands moved from North Carolina to Baltimore; in some ways, this move heralded a new, more coherent incarnation of the band. Before this there had been Art Lord & The Self Portraits, then, in 2006, Future Islands was born, but there remained elements of flux until the release of 2008’s Wave Like Home. The band’s dreamy, atmospheric, synth-heavy pop debut signalled an exciting talent, and was compounded by last year’s truly majestic In Evening Air, which was as musically hopeful as it was romantically heartbreaking.

Some of the artwork to accompany that record really suggests the true core of the band; just like the lion, tin man and scarecrow that accompany Dorothy along the Yellow Brick Road, Samuel T. Herring, William Cashion and J. Gerrit Welmers are curious, engaging and complex characters, revealing layers of vulnerability with each record.

The heart’s often cruel mystery is the terrain that is plundered over and over again; the complexity of which is revealed not only by the lush instrumentation of this glorious third record, but by Herring’s raw, arresting vocal. His voice is a mix of a wolfish howl and boyish incantation, dripping pain on the title song, which is introduced by a slow burning synth that evolves from the background before filling the atmosphere with melancholy.

So many of the synths on this record are prayerful, leaning more towards the warmth of an organ, or harpsichord, (such as on the lovely “Give us the Wind”) which illustrates their clever and generous use of the instrument and its potential. Potential is a keyword for the band, because they see it in so much that has gone before; for example, the way they explore almost dubby terrain on “Before the Bridge” which creates a jaunty soundtrack to heartbreak (as does the brilliant, traveling “Close to None”), replete with lovely lilting guitar, and on “The Great Fire”, which retains a swooping, epic sadness, with Jenn Wesner of Wye Oak complimenting Herring completely, her mumbling, sensuality acting as a perfect partner for his more direct approach.

There are elements of Roxy Music on “More Than This” and they recall The Cocteau Twins on “Tybee Island”, while providing thoughtful instrumental “Open”, which acts as a more experimental version of the band’s sound, with an unsettling, fragmented guitar, which fades out, leaving space for perhaps the record’s most beautiful song “Where I Found You”, to evolve. This song is a distilled version of Future Islands, and introduces itself through layers of delicate and wobbly melody, before Herring begins a kind of lullaby, his voice stroking and caressing, drawing you back in to the place they cannot seem to escape – the past. As he sings about not letting “today push out the past” you sense that the powerful notion of memory, conjured up through smell and taste (among other things), is what binds Herring to create music. And when the beat kicks in after two minutes, their thesis becomes richer; disappointment grows into defiance, and a belief in something more.

Their dreamy, romantic and melancholy music is the perfect accompaniment to hope, the kind that can pull you through, and in a time of timidity, they are true believers; as Herring sings on “On the Water”, they don’t believe in “life and love and nothing”, but rather ” life and love and something”, the meaning of which they will, pleasingly, continue to unfurl.

Essential Tracks: “On the Water”, “The Great Fire”, “Where I Found You”