Brian Wilson – In the Key of Disney 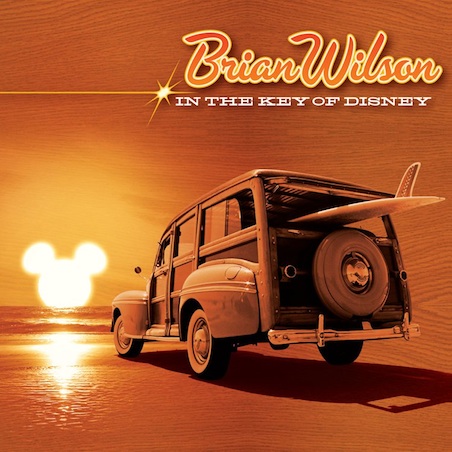 “This could be great,” I thought as I prepared for Brian Wilson‘s new album of songs from Disney movie musicals. After all, this is Brian Freaking Wilson! He partially inspired the Beatles to create Revolver, and Bob Dylan said his ear should be donated to the Smithsonian. He gave us Pet Sounds, ”Good Vibrations”, and then after a 30-year wait, the masterpiece SMiLE. He released a pretty damn good album of Gershwin tunes, of all things. Let him record Disney songs! As Pitchfork put it, “Are you going to tell Brian Wilson not to do that?”

Yes, I am. It pains me to say it, but… Brother Brian, what have you done?

When an artist puts out a kids album, one tends to think, “Why is this happening now?” Usually it’s because they have young kids, plus legions of parents are delighted to listen to their favorite artist instead of Barney or Raffi. So, Brian, why now? Your core fans are recent grandparents. Is your heart really in it on this record?

It doesn’t feel like it is. Wilson’s voice sounds flat and uninterested on “Can You Feel the Love Tonight?”, a song that, in the hands of Elton John, has tremendous power. Wilson likewise sounds tired on the normally triumphant chorus of ”Colors of the Wind”. More importantly, his forte has never been vocals. He’s the troubled and brilliant auteur in the studio, arranging and composing.

In the Key of Disney has a few shining moments, mostly in the transformations of these hackneyed pop styles, where you remember just how great Brian Wilson is when given the space to shine. “I Just Can’t Wait to Be King” gets a Bo Diddley-esque shuffle, and both Toy Story songs sound much better with Wilson’s uptempo treatments than Randy Newman’s homely crooning. “You’ve Got a Friend” has a bright, bluesy, Stax-lite feel, while “We Belong Together” comes off like a classic 50s rock tune, complete with Jerry Lee Lewis piano drumming. The best track on here by a long shot is “Kiss the Girl”; Wilson turns it into an early 60s Beach Boys ballad, accompanying the song’s signature “sha-la-la”s with new chords, really making it pop.

Mostly, the album suffers from just too much of the patronizing, saccharine Disney vibe and not enough echt Wilson. Too many silly noises, whistles, and bells (don’t even touch “Heigh-Ho/Whistle While You Work”), too many campy instrument choices (marimba and banjo on The Jungle Book‘s “Bare Necessities”), and too many Beach Boys harmonies thrown into otherwise pedestrian arrangements. Wilson mailed it in on this one. This can be his mulligan. He’s certainly earned one. After all, he’s Brian Wilson, a genius under the right circumstances. But not these circumstances.

Essential Tracks: “Kiss the Girl”, “You’ve Got a Friend”, and “We Belong Together”