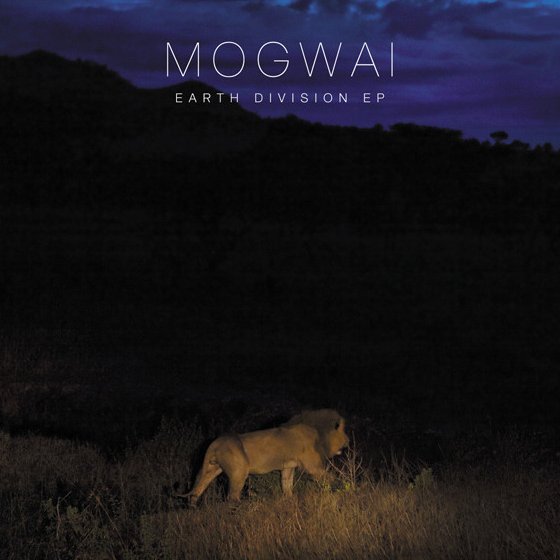 Initial reaction: This can’t be Mogwai. The whole thing clocks in at just 16 minutes, which is way short even for an EP, let alone an EP by a band who regularly churns out albums that break the one hour mark. Track two, “Hound of Winter”, is a sparse, three-minute folk song that comes complete with a wistful harmonica line and (gasp!) discernible lyrics. Even “Drunk and Crazy”–Earth Division‘s longest track, whose noisy, distorted riff would fit in rather well with Mogwai’s noisy back-catalog – wraps things up at a tidy five-and-a-half minutes.

And yet, in the scheme of things, Earth Division makes sense. The Scottish post-rock titans have never been ones to back themselves into a corner, consistently defying expectations and conventions to create material that nearly always branches off into something completely unexpected, while still maintaining a fiercely independent, distinctly Mogwai sense of artistic identity. Hardcore Will Never Die, But You Will, the band’s seventh full-length released back in February of this year, was a low-key tour de force, just the sort of “sleeping giant” record they’ve consistently put out over the course of their career.

Aside from a sneak peek at LP number eight though, Earth Division doesn’t offer much of anything new to listeners. Longtime fans will scoff at the listless “Get to France”, while the limp strums of “Hound of Winter” aren’t likely to win over many new ears. The other two tracks, “Drunk and Crazy” and the dramatic “Does This Always Happen?”, aren’t half-bad, but fail to impress much, instead playing like outtakes from the Hardcore Will Never Die sessions. If Earth Division is to be any indication of Mogwai’s future direction, here’s hoping it’s only a hint at what’s to come.