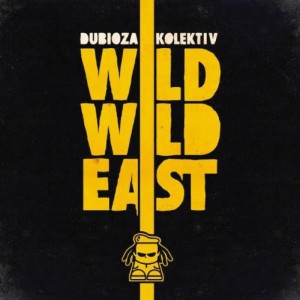 Dubioza Kolektiv (DK) may not be well-known in North America, but that might all change after their latest album Wild Wild East hits the airwaves. A huge, almost iconic group in their native Bosnia, DK walks a thin line between political awareness and art. The band is talented and diverse, dabbling in a range of poppy beats that combine reggae, rock, hip-hop, and punk, and they have a wildly devoted fan base. (Wild Wild East is their sixth album.) But they also have something to say, and sometimes those things get them in trouble. After all, criticizing the government in Eastern Europe is no easy task. But DK isn’t afraid to speak out, and it is that confidence that has Time magazine and the BBC recognizing Dubioza Kolektiv as the voice of the Balkans.

With Wild Wild East, the band brings their fun mixture of genres to a sunny high. “Wake Up” starts off the album with its Eastern European-meets-the-Middle East horn section, a nod to the different cultures making up the Balkan states. “Making Money” is a catchy-as-hell hybrid of rock and reggae that’s hard not to shake your rump to.

“U.S.A” is a cynical view of coming to America set amongst traditional Bosnian folk music that adds authenticity. “Decisions” is a bass-rumbling hip-hop beat with skilled rap vocals that flirts with waves of grinding guitars and metal before bouncing back into folk music. It really is the perfect song to define Dubioza Kolektiv, mainly because they really are so hard to define. Listen to this song, and you’ll have a pretty good idea of what to expect.

It’s not all just hip-hop and reggae, though. The rock is represented in “Move Ya” as it pounds onto the scene with rapid-fire drumbeats, while “Whistleblower” hits hard with building riffs and distortion.

For those who want a message combined with some of the catchiest beats this side of the Adriatic Sea, look no further than Wild Wild East. The upbeat grooves mixed with traditional melodies make for something truly different and, well, wild.