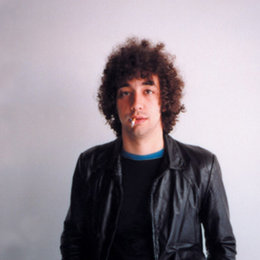 When Albert Hammond Jr. asks to record a song with your band for your forthcoming album, you say yes. According to this month’s NME, UK garage-rockers The Vaccines recently experienced this situation first-hand when The Strokes guitarist asked the quartet if they could team up for a song. For two-days, the “Post Break-Up Sex” group and Hammond Jr. collaborated at his studio in New York resulting in the new track, “Tiger Blood”.

The Vaccines may be on the rise in their own right, but that doesn’t mean they weren’t taken aback by the guitar-virtuoso’s wishes to work together. Frontman Justin Young told NME, “we’re in a place now where we’re trying to think about what we wanna do for the next record. We really like the idea of working with other creative people and obviously, being a massive fan of The Strokes, it wasn’t something we were gonna say no to”.

There’s no word on when the collaborative effort may see release, but we’ll keep you updated. In the meantime, The Vaccines will spending the coming months on the road with another collective of indie royalty, Arctic Monkeys. Check out their upcoming tour dates along with the video for “Post Break-Up Sex” below.