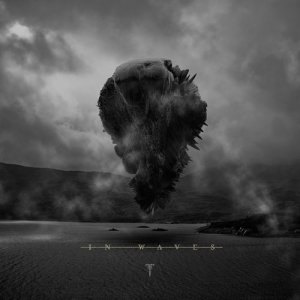 Knowing Trivium’s backstory, it’s easy to see why there have been great expectations put upon the Floridian metallers since they first emerged in 2003. Frontman Matt Heafy was a 17-year-old wunderkind when debut Ember to Inferno was written and recorded, and he still couldn’t drink legally when the band released what’s generally considered its best outing yet, 2005’s Ascendancy. During those years, Trivium stood willing to take on the seemingly insurmountable task of knocking Metallica from its monolithic throne, a feat that more than a few staunch fans believe was actually achieved. But fast-forward to their fifth album (and first since the departure of founding member Travis Smith), In Waves, and it’s justifiable to say these guys have been progressing the wrong way — or almost as bad, not at all — and have a lot of ground to make up.

Not that recent efforts have been odious; it’s just that Trivium have yet to craft the landmark opus they’ve always seemed poised to. In Waves won’t blow away anybody either, but it’s a commendable effort from a band that still doesn’t have a member over 27. Opener “Capsizing the Sea” makes it seem like things are going to be adventurous here: With its spooky, distorted piano plinks and booming snare hits that lock in with palm-muted guitar, the track is one of the most interesting on the entire album, even though it runs only 90 seconds. From there, things become more straightforward but are still varied enough to captivate. “Watch the World Burn” is an obvious standout, as its brazen hook and staccato riffs rank near the top of the band’s finest moments. The chugging grandeur of the title track features torrential force and a howl-along, neckbreaking refrain, similar to what was all over Ascendancy. The kings of metal Trivium ain’t (yet), but most of the time, things are looking up.

What’s disheartening about In Waves, however, is its lack of a clear identity; the band seem to be targeting too much at once. First off, the metalcore breakdowns, though never vital to the band’s success, sound forced when they show up. Secondly, Heafy splits his time on the mic between singing and screaming but typically lacks the stinging conviction that his lyrics demand. It all poses a glaring question: Exactly who is this album for? Even Trivium seem to be confused.

Essential Tracks: “In Waves”, “Watch the World Burn”, and “Caustic Are the Ties That Bind”