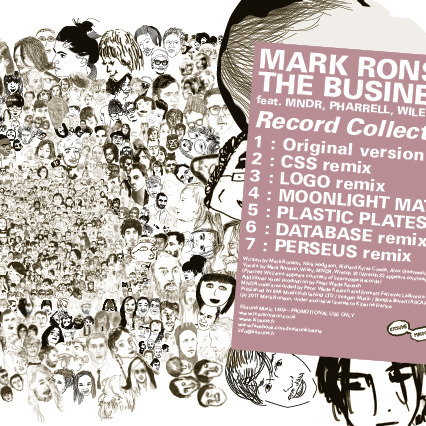 Fresh off of reshaping the Black Lips, Mark Ronson has announced plans to follow up Mark Ronson & The Business Intl.’s 2010 Record Collection with a new version of the title track by releasing “Record Collection 2012” on September 6th via Kitsuné Records. Featuring cameos by Pharrell Williams, MNDR, Wiley, and Wretch 32, the single is accompanied by remixes from CSS, Perseus, DATABASE, Plastic Plates, Moonlight Matters, and LOGO. For now, check out the Wiley/Simon LeBon-featuring original below.