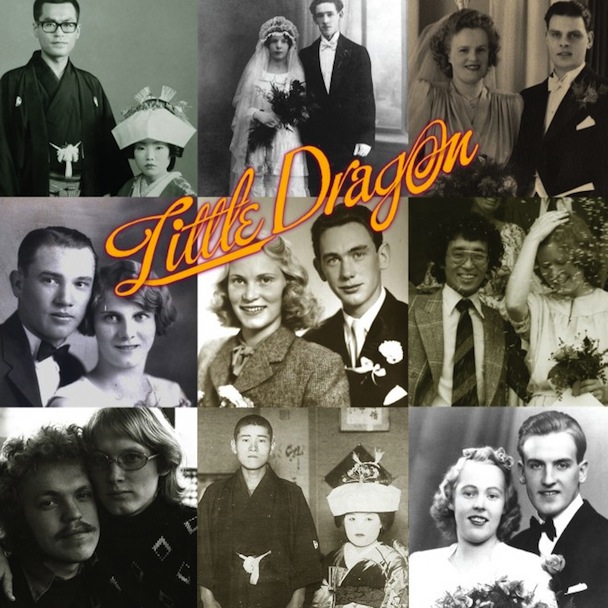 The triumphant notes that open Little Dragon‘s Ritual Union are really sort of misleading, all things considered. They come out of the gate with what could possibly be their strongest song to date–the title track to this album, incidentally. “Ritual Union” is all kinds of catchy, with Yukimi Nagano’s vocals sounding distinguished and solidified over a perfectly balanced sea of down-tempo bliss. And, given their increase in status over the past two to three years in the music world, this is really how they should be sounding at all times.

After releasing two (fantastically underrated) albums before this one, their tireless efforts were gaining them very little of the limelight that they deserved. It wasn’t until Nagano was able to lend her voice to a few other projects that Little Dragon really took off. Of her collaborations, the two most pivotal were with two vastly different projects. She provided the vocals to the choice track on SBTRKT’s very potent debut, only after playing a fundamental role on Gorillaz 2010 stunner, Plastic Beach–where her guest vocals were two of the biggest highlights on an album that is essentially a highlight reel from start to finish. After her success on the LP and the band’s tireless touring as an opener on the Gorillaz: Escape to Plastic Beach Tour, as well as a headlining tour of their own, they received a large amount of praise from the public eye, now paid in full for their previous labors and poised for future success.

So, context in mind, really, the opening track should come as no surprise. This is close to where they should be, career-wise. The real surprise comes when the album does a complete 180° that effectively puts it into a sleep it’s never able to rouse from. The bulk of Ritual Union (aside from the opener) tragically lacks the quality of what they’ve produced in years past, but even more tragically lacks the quality of what they should be producing today without breaking much of a sweat.

Overly simplistic rhythms, melodies, and undertones are the downfall of this album. It’s a classic two steps forward, one step back situation. Instead of progressing into a broader, fuller sound, they regress back to their smallish roots. The tracks aren’t nearly a reflection of what they’re capable of accomplishing. “Shuffle a Dream” is a bouncing track that really sounds like a rookie effort, not something from an established act. “Precious” sounds like a bad SNES game soundtrack with Nagano’s vocals loosely placed on top. “Brush the Heat” is a cluster of sound effects that could very well have been chosen at random. Even the album’s single, “Nightlight”, sounds incredibly empty. In essence, none of it is very impressive.

Perhaps the only redeeming song comes in the form of the ominous, minimalistic “When I Go Out”, toward the end of the album. Had they written the album they should have at this point in their career, “When I Go Out” would have been a palatable piece–the perfect pace changer to what more than likely would have been a pretty upbeat electronic/pop record. Alas, they didn’t write the masterpiece they should have, and the track ends up being a great effort shuffled into a blaring mess of songs that aren’t nearly up to par.

In summation, for a band that received little limelight in the beginning, Little Dragon showed immense talent and work ethic to earn their keep in the world. Our question is this: Where were those two items when recording Ritual Union?